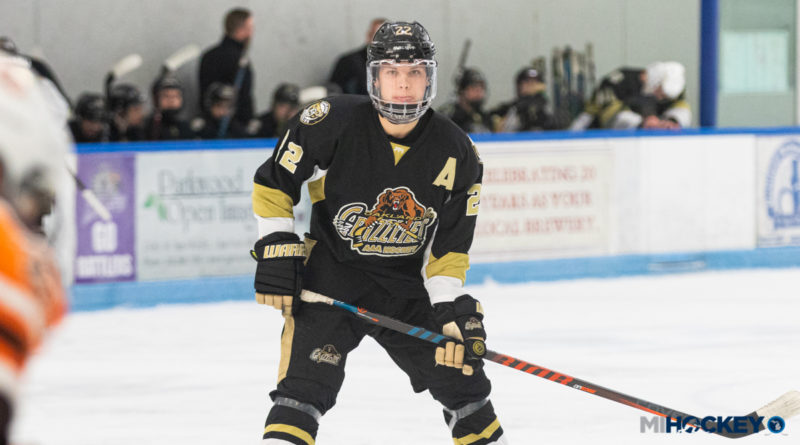 Mitchell Smith won’t have far to go for his junior hockey career.

The Saginaw native has signed with his hometown OHL team.

The Spirit announced today that they secured the Oakland Jr. Grizzlies 16U defenseman after selecting him in the fifth round of the 2018 OHL Priority Selection.

He will be the second Saginaw native to play for the Spirit in the franchise’s 18-year history.

Smith, a USA Hockey Select Camp invite the past two summers, was a verbal commit to the University of Michigan, as well.

He has played the last two seasons with the OJG 16U squad, patrolling the blue line for Belle Tire in his final Bantam year with Belle Tire before that.

According to Elite Prospects, he racked up 54 points from the blue line during the 2018-19 season, while also playing to a +34 rating.