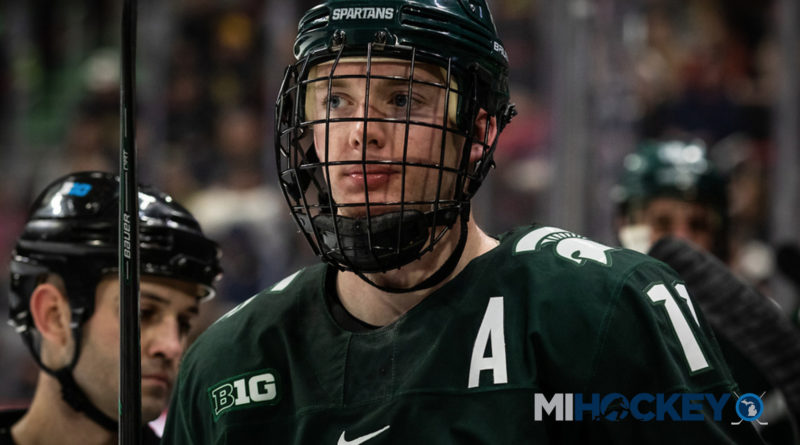 Tommy Apap’s getting a letter upgrade.

The Bloomfield Hills native will be wearing a ‘C’ for the Spartans next season.

Michigan State announced the team’s captains for the 2019-2020 season, and Apap is moving from an assistant captain to co-captain with Sam Saliba.

Jerad Rosburg and Patrick Khodorenko will be serving as assistant captains for the upcoming campaign, as well. The Khodorenko news likely confirms that the Honeybaked and NTDP alum will be returning for his senior season.

“The leadership for next year’s team is a true reflection of the work these four young men have put forth both on and off the ice,” head coach Danton Cole said in a release. “It is great to see the players vote and elect such a selfless group of leaders.

“All four of these student-athletes have grown in their roles during their time here and will help us to continue to build our Spartan Hockey culture.”

Congrats to the 2013 @UDJ_Hockey representative at the @MiHockeyNow captains photoshoot, selected by his teammates to serve as a captain of @MSU_Hockey next fall.