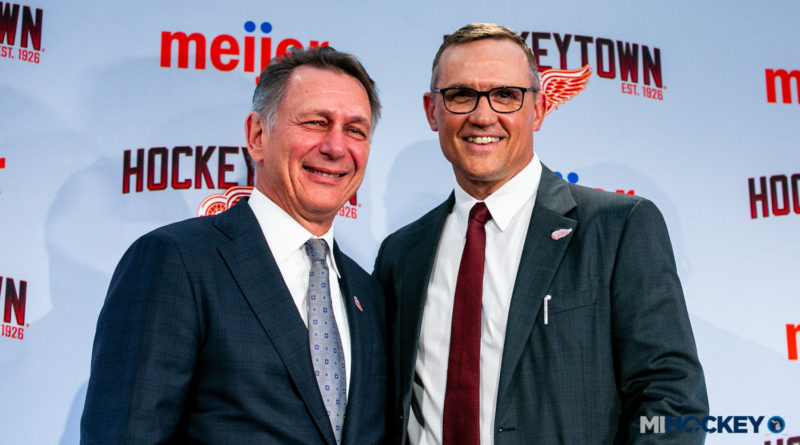 It’s been just 16 days since he helped welcome Steve Yzerman back to the Red Wings as the team’s new general manager.

Now, it appears Ken Holland is moving on.

As reported by TSN’s Ryan Rishaug and Darren Dreger, Holland is expected to accept an offer from the Edmonton Oilers today that will make him the new general manager of Connor McDavid’s club in Alberta.

My understanding is, Holland is informing the Ilitch family and the Red Wings today. And as has been speculated all week, the Oilers offer is believed to 5 years at $5 million per. https://t.co/yPApP78gf6

With the Wings’ hiring of Yzerman – something Holland is said to be actively involved with making happen – Holland had been promoted to senior vice president and he had signed a multi-year extension.

As we sign off for the night, Ken Holland’s decision on EDM’s substantial offer to be GM is expected in the next day or so. If he does join the Oilers, it is believed Dave Tippett will be in the coaching mix.

Detroit won four Stanley Cups with Holland playing a prominent position in the Wings’ front office; he took over as general manager before the 1997-98 campaign.

This season, he became the winningest general manager in franchise history, passing Jack Adams on Feb. 2 in Ottawa.