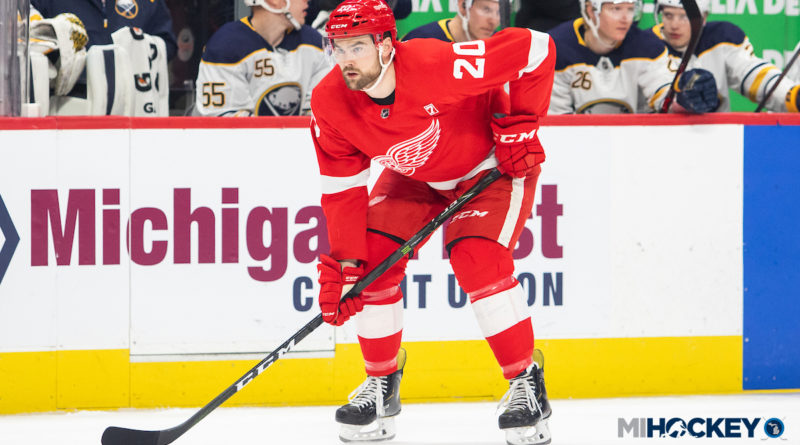 Dylan McIlrath will remain with the Detroit Red Wings for the next two seasons.

The Wings announced a two-year extension for the 6-foot-5 blueliner Thursday morning. He otherwise would’ve become an unrestricted free agent this summer.

McIlrath, 27, served as an alternate captain for the Grand Rapids Griffins this past season and posted ten points in 52 games. He led the team in penalty minutes (98) and his plus-13 rating ranked third on the Griffins. Over the past three seasons, McIlrath has played in 149 games with Grand Rapids and was a member of the 2017 Calder Cup-winning squad.

At the NHL level, McIlrath played seven games for the Wings toward the end of the season and picked up four penalty minutes. He has 50 NHL games to his name between the Wings, New York Rangers and Florida Panthers.

McIlrath was originally acquired from Florida in a March 1, 2017 trade deadline deal that sent Thomas Vanek to the Panthers.