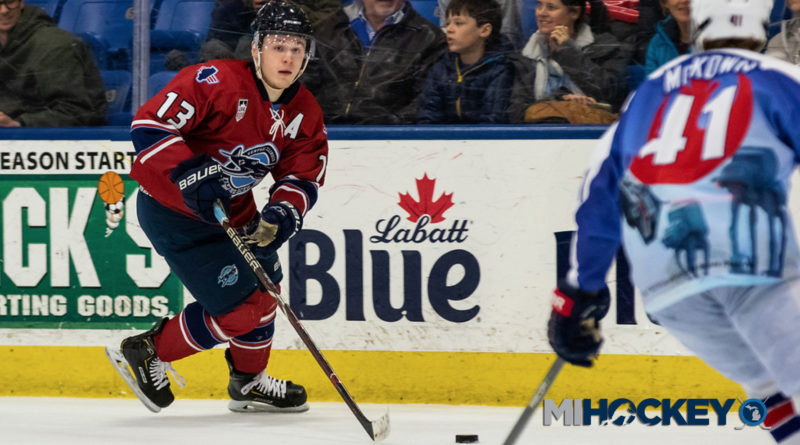 Calen Kiefiuk will be moving from Illinois to Massachusetts (with a stop in Michigan for the summer, of course).

The Macomb native has announced his commitment to UMass.

I picked UMass because it felt like a place I could call home as soon as I stepped on campus,” Kiefiuk told MiHockey. “I was comfortable with coaches and feel like it’s the best fit for me on and off the ice.”

A 2000 birth-year forward, Kiefiuk just wrapped up his third USHL season with the Central Illinois Flying Aces organization. He posted 41 points in 50 games, along with 70 penalty minutes.

Kiefiuk, who was previously committed to Michigan, played for Honeybaked through bantams and midgets before making the jump to juniors.