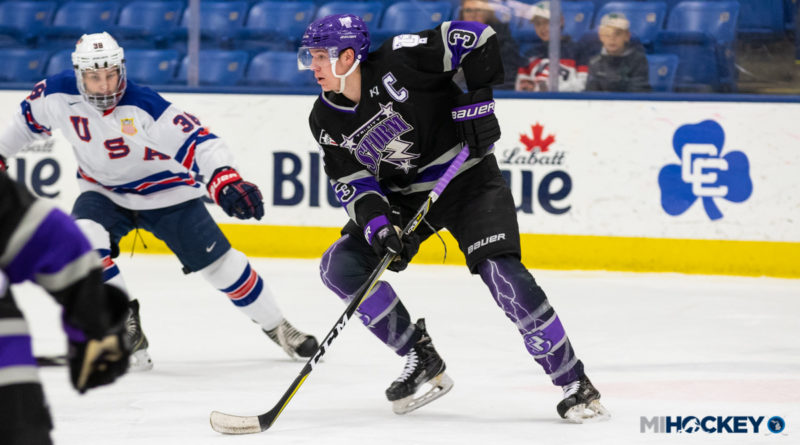 With that, it comes as no surprise that he was named the league’s player and defenseman of the year.

The White Lake native and Western Michigan commit recorded 30 goals and 35 assists for 65 points this season, along with a league-best +47 plus/minus.

His goals totals were defenseman records for the USHL, both in the modern era and in all of the league’s history, as well as his total points.

“Ronnie, and other leaders in our locker room, have been instrumental in the success and accomplishments of our team this year. His records from this season are numbers that I see standings for a very long time. Along with his point production, he was also one of the best defensive defensemen in the league this season. He is as good of a leader as I’ve ever been around. Ronnie brings passion to the rink every single day, he’s our MVP because of the intangibles he brings as a leader. He has paid his dues, worked incredibly hard, and it’s nice to see him get rewarded for all he’s done.”- GM/Head Coach Anthony Noreen