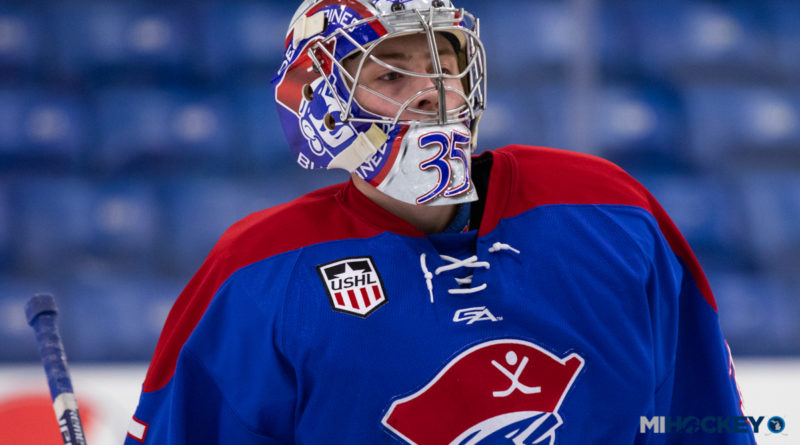 While Grand Rapids is the center of the youth hockey world this week, one of its native sons has announced the next step in his hockey career and academics.

James Durham has committed to Brown.

“It is very humbling and exciting to be a Brown Bear, it is the perfect fit for me,” Durham said, via his USHL club. “It allows me to pursue my dream of playing in the National Hockey League while receiving an Ivy League education. I want to thank my parents, coaches, friends and teammates for all they’ve done for me along the way.”

The Grand Rapids native, currently in the midst of his first full season with the Des Moines Buccaneers, is a Meijer and Honeybaked alum.

He turned a free-agent camp invite with the Shreveport Mudbugs into a junior hockey career last season, securing his spot with the NAHL team that eventually won a Robertson Cup title.

He spent half the season with Shreveport before being summoned to the Dubuque Fighting Saints; this year, he’s spent the whole campaign with Des Moines.

“James is a tremendous young man that has earned this commitment,” said Des Moines general manager Tom Mannino. “He’s put in the hard work and dedication excelling at every level of hockey along his development path.

“James’ path to the Bucs and now Brown gives affirmation to the process. We couldn’t be happier for James and his family with the opportunity to achieve success on the ice and in the classroom for coach Whittet at Brown.”