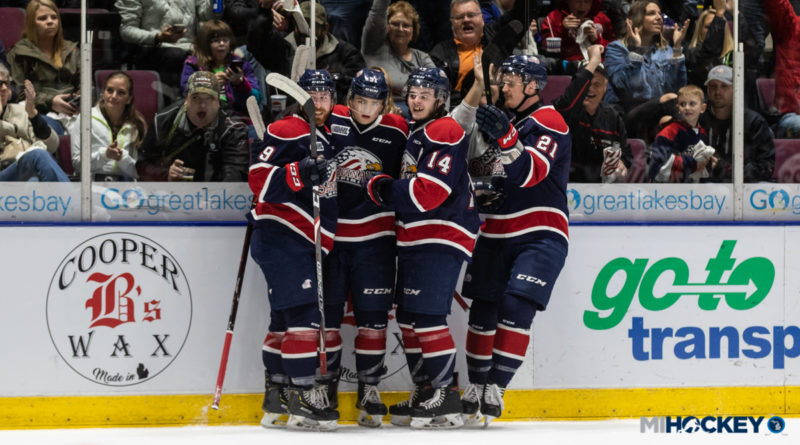 SAGINAW – It was the first time ever that the Saginaw Spirit hosted a OHL Western Conference Championship game at the Dow Event Center.

The Spirit ran up the score in Game 1 of the battle for the Wayne Gretzky Trophy against the Guelph Storm, as Saginaw posted a 7-2 win.

Jackson native Blade Jenkins also found the back of the net, as did Mason Millman.

Ivan Prosvetov stopped 26 of the 28 shots sent his way for the Spirit.

Saginaw looks to extend their series lead on Saturday at The Dow before heading to Guelph for Games 3 and 4.

More on the historic series for Saginaw here.