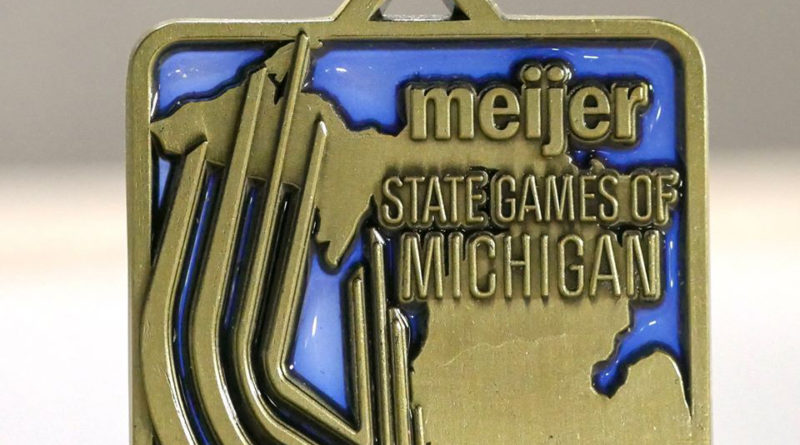 The new-look Meijer State Games of Michigan hockey tournament has a new, more unbiased approach to the selection process and coaching for the unique summer tournament.

Tryouts, which begin this weekend for Region 7 and Region 8 (MAHA districts) and team staffs will be made up of ACHA coaches and staff members to both keep things objective and offer exposure for the players competing.

“I am excited to work with the Meijer State Games as one of their head coaches,” Gaffney told MiHockey. “The opportunity to work with talented young high school players is always satisfying. The Meijer Games provide these young players are great venue to display their skills and cultivate future opportunities.

“As the head coach for Lawrence Tech University Men’s Hockey it was an easy choice to be associated with Meijer State Games.  It is a great organization that puts on a fun and worthwhile event.  I can remember the first year it was offered (my son played in the Championship game), it was a nice experience. It has been nice to see the Meijer Games steadily grow in all its sports and participation. This summer’s event will be a memorable experience for all.”

NOTE: Specific times for the tryouts will be posted on the Meijer State Games official website.

There will also be at-large teams formed for players who are unable to attend their region’s tryouts, as indicated above in the May 25 tryout in East Lansing.

More information about the tryouts and how to register can be found here.

It’s all part of the new-look Meijer State Games, which has former NHLer David Moss serving as the honorary chairman. Here’s the story MiHockey wrote about his involvement earlier this year:

The ice hockey tournament for the Meijer State Games of Michigan has a new leader, and he’s a familiar face to the hockey community in the Great Lakes State.

David Moss has joined the Meijer State Games staff as an honorary chairman, helping guide the annual tournament through a few new changes for the 2019 edition of the annual event.

A Detroit Catholic Central and University of Michigan alum who spent nine seasons in the NHL, Moss brings a unique perspective to the Meijer State Games team; he told MiHockey he’s very excited to be involved.

“Eric Engelbarts of the Meijer State Games reached out and asked if I’d be interested in being involved,” Moss said. “I sat down with him and talked to him more about it and I just thought it was a really good opportunity to give back to the game of hockey in Michigan.”

The Meijer State Games of Michigan annually brings together more than 8,500 athletes in 50 different sports to the Grand Rapids area for the Winter and Summer Games. The hockey tournament takes place in the Summer slate of events, allowing players to wrap up their own fall and spring seasons and compete in the State Games in an off-season tournament with new teammates and friends.

“I think it’s neat,” Moss said. “They get to go to an Olympics-like ceremony. It’s a really cool event for young hockey players and young people to experience, and all the while they’re going to get to play some competitive hockey and hopefully it’s an event that’s scouted. It’s a chance for kids to feel like they’re an Olympic athlete and have some fun during the off-season.”

This year, there will be six divisions for the Ice Hockey Tournament – high school boys, high school girls, 14U boys, 14U girls, 12U and 10U. For the high school age groups, both high school and travel hockey players are invited to participate.

The tryouts will take place in May, with teams being formed from the seven existing MAHA regions with one additional at-large team created. All of the athletes will be evaluated by an independent committee of ACHA coaches to create a fair and balanced selection process. Those coaches will then be assigned to each of the teams.

Tryout dates and locations can be found here – https://www.stategamesofmichigan.com/hockey/tryouts/ – and you can use a code of ‘MIHockey10’ for a 10-percent discount on registration costs.

“It’s cool – it’s an Olympic-style event, which is great,” Moss said. “They do a lot of cool things for the kids, and the hockey side, we’re doing some neat things this year with ACHA coaches being involved and giving the kids the opportunity to showcase their skills in front of good coaches.”