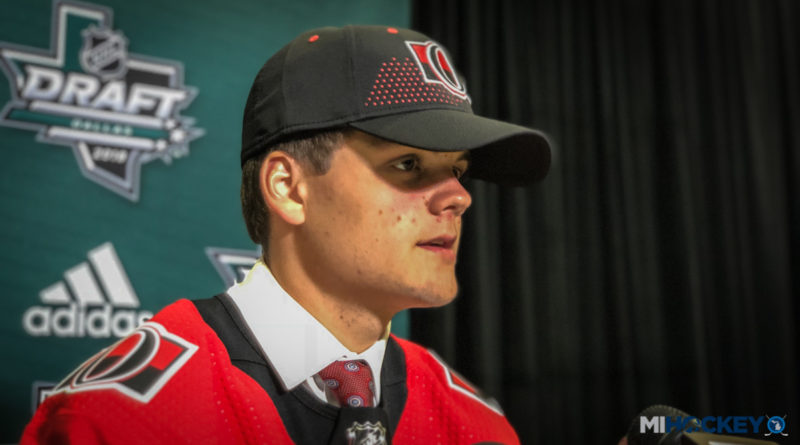 Johnny Gruden is officially a member of the Ottawa Senators.

The Rochester Hills native has signed with the NHL franchise that drafted him in the fourth round of the 2018 Draft.

Gruden, 18, just wrapped up his freshman season at the University of Miami.

He posted 15 points in 38 games for the RedHawks.

Gruden is a product of USA Hockey’s National Team Development Program; he played for Team USA from 2016-2018. Prior to that, he played for Honeybaked and Little Caesars.

MiStory: It’s a grind, but it’s worth it (by Jonathan Gruden)