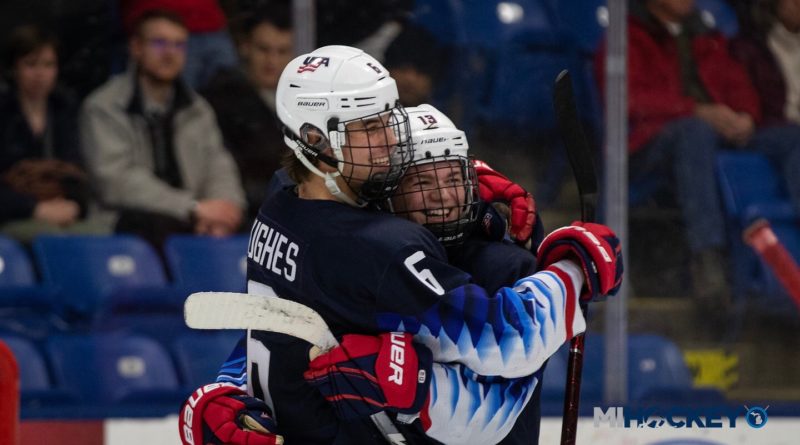 Another day, another win for Team USA at the IIHF Under-18 Men’s World Championship.

The U.S. squad – which is the NTDP Under-18 Team with a few call-ups from the U17s – posted a 12-5 win over Slovakia to improve to 2-0 in the prestigious international tournament.

Jack Hughes and Cole Caufield continued to build on their NTDP records, as both scored four goals apiece in the lopsided victory.

Hughes, named Team USA’s top player in the contest, racked up seven points in the win.

Some highlights from today below, with more to come:

Another 👀 at the top shelf finish from Matthew Boldy! 🔥