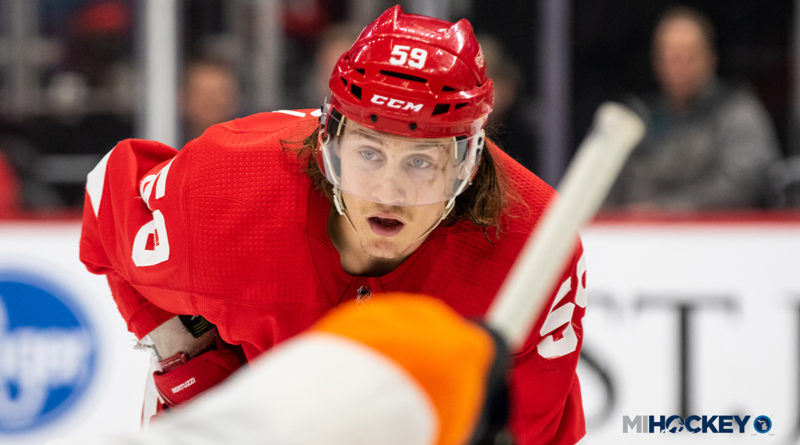 And for his efforts, Detroit forward Tyler Bertuzzi has been named the NHL’s Second Star of the Week.

Bertuzzi shared the league lead with 10 points (three goals, seven assists) in four outings to help lead the Wings to their fifth straight win. He first picked up an assist in a 3-2 win over San Jose on March 25 and then picked up three straight three-point outings in wins against Buffalo, New Jersey and Boston.