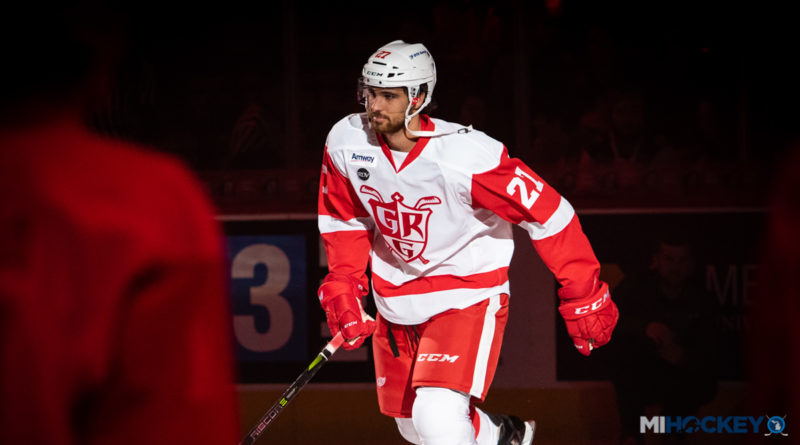 A familiar face (and a familiar last name) has been summoned to Detroit from Grand Rapids.

Jake Chelios has been called up from the Griffins.

The Bloomfield Hills native and Michigan State product is in the midst of his first season with his hometown franchise; he has recorded 14 points in 59 games with the Griffins after signing with the Wings this past offseason.

The son of Red Wings icon Chris Chelios, Jake played four seasons with the Michigan State Spartans after playing midget hockey for Little Caesars and one year in the USHL with the Chicago Steel.

The call-up is on emergency conditions; the Wings have also summoned forward Martin Frk.