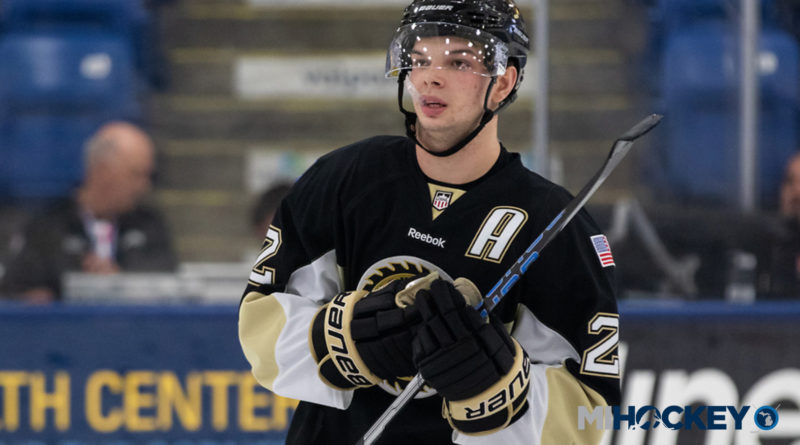 Matt Staudacher spent three years in Minnesota for both school and hockey.

He’ll be leaving Hockeytown for the State of Hockey once again real soon.

The Grand Blanc native and Muskegon Lumberjacks defenseman has committed to the University of Minnesota.

“Stepping on campus at Minnesota just gave me one of those feelings where it felt right,” Staudacher told MiHockey.  “The facilities are world-class, and the coaching staff seems like a great group of guys.”

Staudacher, who played for Shattuck St. Mary’s for three seasons before joining Muskegon for the 2017-18 season, was previously committed to Clarkson.

This past season, as an assistant captain for the ‘Jacks, Staudacher has recorded 14 points in 42 games. His plus-minus tells a better story, however; playing big minutes for one of the USHL’s best teams, Staudacher is +16 on the season.