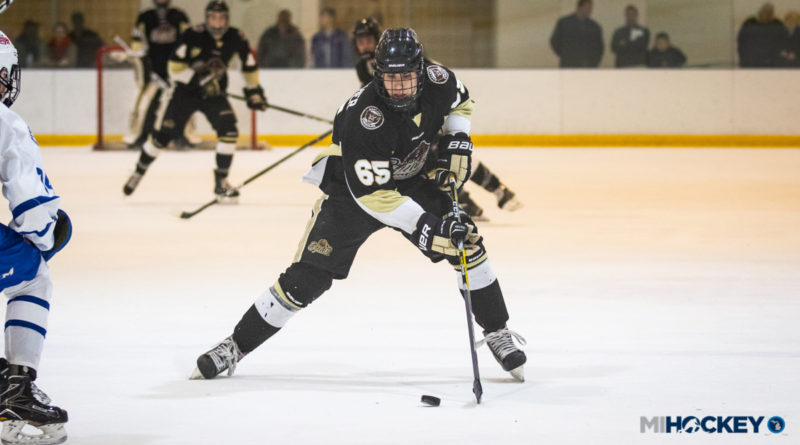 The Youngstown Phantoms defenseman has announced his commitment to Michigan State.

“I chose Michigan State because of the culture of the hockey program and the atmosphere on campus” Gallacher said, via the USHL. “I believe the coaching staff is second to none and they do a tremendous job of developing hockey players. From an education standpoint, Michigan State has great programs and array of majors to choose from to study. I’m honored and excited to be a Spartan and eager to start skating at Munn Arena and working towards a national championship with the team in East Lansing.”

Gallacher played 14U, 15-Only and 16U with the Oakland Jr. Grizzlies before joining the Bismarck Bobcats of the NAHL in 2017-18. There, he recorded 10 points in 41 games, while playing to a +5 rating.

He was drafted by the Phantoms in last summer’s Phase 2 Draft, and he earned a spot on the Youngstown roster for the 2018-19 campaign. This year, through 3o games, he has seven points and an impressive +17 rating.

“This is a great story and opportunity for Aiden “said Phantoms General Manager Jason Koehler in the release. “Aiden is what you would probably call a “late bloomer” and someone that was not as well-known and valued in his age 15, 16, and 17 years but has really exploded the last year or so between his years in the NAHL with Bismarck and now with us in the USHL. He’s been a sponge all season and the extra time, work, and preparation he’s put in this season has really made a difference and given him this chance to play his college hockey with a great program and close to home with his friends and family in the future. Our coaching staff is thrilled and proud to see Aiden earn this college commitment the right way.”