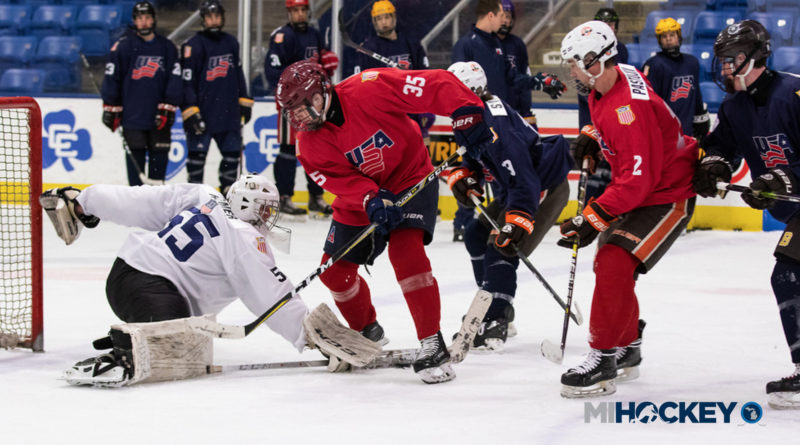 Check out MiHockey’s photos from the first practices of the 2019 USA Hockey’s National Team Development Program Evaluation Camp, which features 52 of the top 2003 birth-year players in the country competing for spots on next year’s Under-17 Team. Below the gallery is a list of Michigan names invited, though MiHockey attempted to include all players – not just the Michigan kids – in the collection of images. (Photos by Michael Caples/MiHockey)