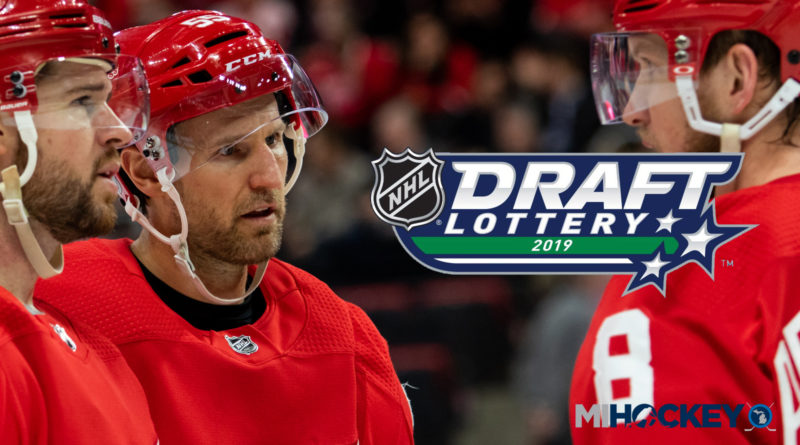 The Detroit Red Wings were mathematically eliminated from the 2019 NHL Playoffs on Tuesday, which means it’s time to start looking ahead to the NHL Draft Lottery.

The 2019 ping-pong ball draw that determines which NHL team gets a massive boost in their rebuild will take place on April 9, one night before the start of the postseason.

The reveal will come during a one-hour show broadcasted on NBCSN, Sportsnet and TVA Sports beginning at 8 p.m.

As it stands now, the Red Wings would have the second best odds of receiving the No. 1 overall pick. Detroit is above only Ottawa at the bottom of the league standings – the fun little tidbit about Ottawa, by the way, is that the Senators’ first-round pick belongs to the Colorado Avalanche.

Here are the odds: 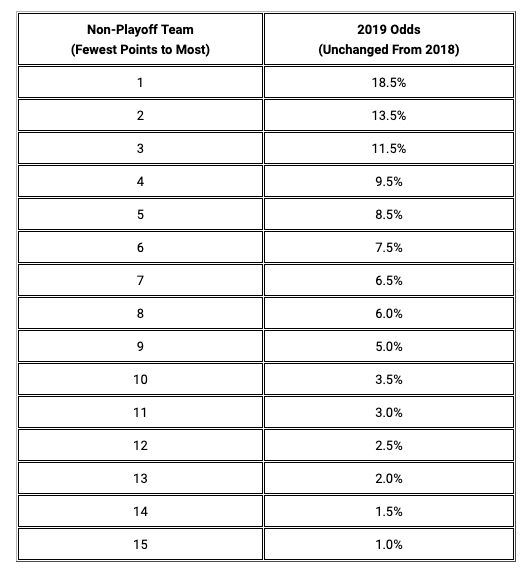 Last year, as the Hockeytown faithful surely remember, the Wings fell from No. 5 to No. 6 last year. Hard to complain when they ended up with Filip Zadina, of course, but it was the second-straight year that they had bad results in the lottery (and they’ve only participated in the lottery twice). In 2017, they ended up with the No. 9 pick after starting in the No. 7 spot based off the standings.