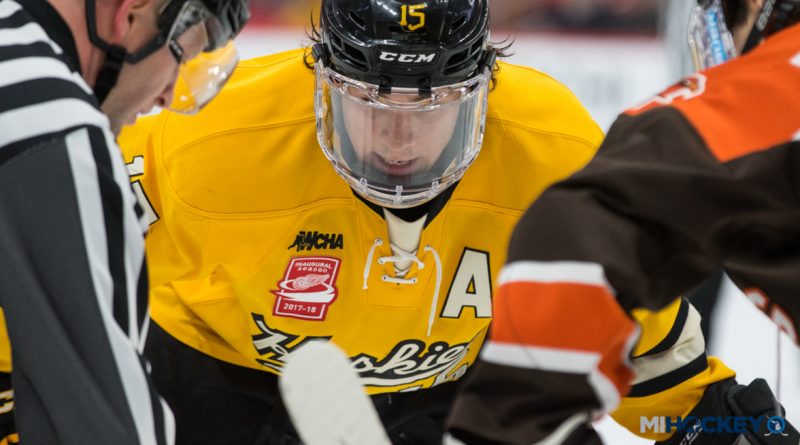 Jake Lucchini won’t have to change his wardrobe much – the colors are pretty similar.

He will be moving, though.

The Michigan Tech senior has signed a one-year, entry-level contract with the Pittsburgh Penguins, the NHL franchise announced today.

The contract will begin next season; Lucchini will report to Wilkes/Barre-Scranton Penguins on Tuesday to play the rest of this year with the Penguins’ AHL affiliate on an amateur tryout contract.

Lucchini, 23, spent four years in Houghton, racking up 26 points in 38 games as a captain for the Huskies this past season.