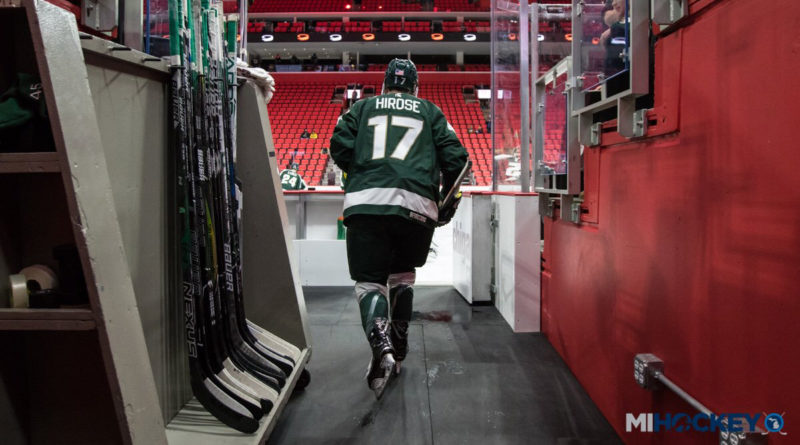 He’s leaving school one year early, but he’s not going to be far from East Lansing.

Taro Hirose has signed with the Detroit Red Wings.

The Michigan State star – a Hobey Baker candidate after putting up a NCAA-best 50 points in 36 games this season – is forgoing his senior season to turn pro and sign a two-year entry-level contract with the Original Six franchise.

Today, he was also named one of three finalists for the Big Ten player of the year.

The Calgary, Alberta native is no stranger to the Red Wings; he took part in the team’s development camp as a free-agent invite last summer.

He recorded 116 points over three seasons with Michigan State, the last two as part of the famed KHL line with Patrick Khodorenko and Mitch Lewandowski.