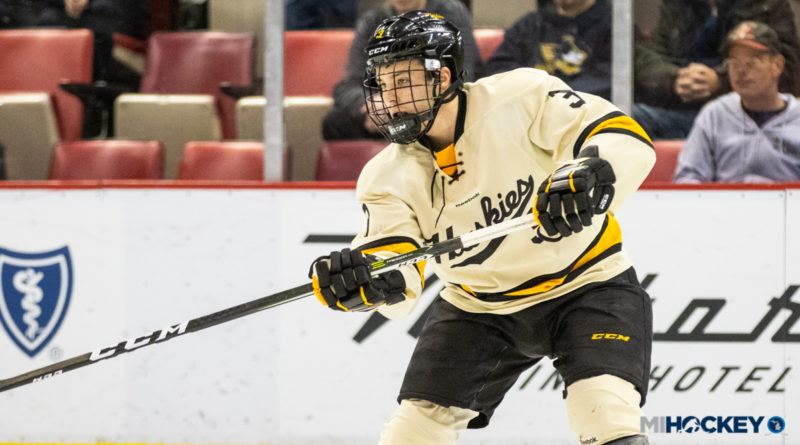 The Los Angeles Kings defenseman found the back of the net in the middle stages of the third period Thursday night, tying the game at 2-2 and putting his team on the path that eventually led to a 4-2 victory over the San Jose Sharks.

Check out the goal:

Roy, 24, is a Victory Honda alum. He made the full jump to juniors in 2013-14, playing one season with the USHL’s Indiana Ice before enrolling at Michigan Tech the following season.

Following three seasons with the Huskies, Roy signed with the Kings – the team that drafted him in the seventh round of the 2015 NHL Draft – at the end of the 2016-17 campaign.

Last year, his first full season of professional hockey, Roy recorded 17 points in 39 games with the AHL’s Ontario Reign, along with a +10 rating.

He has played in 16 games with the Kings this season – his goal was his third NHL point.

Roy also has an even plus/minus as a rookie blueliner for L.A.