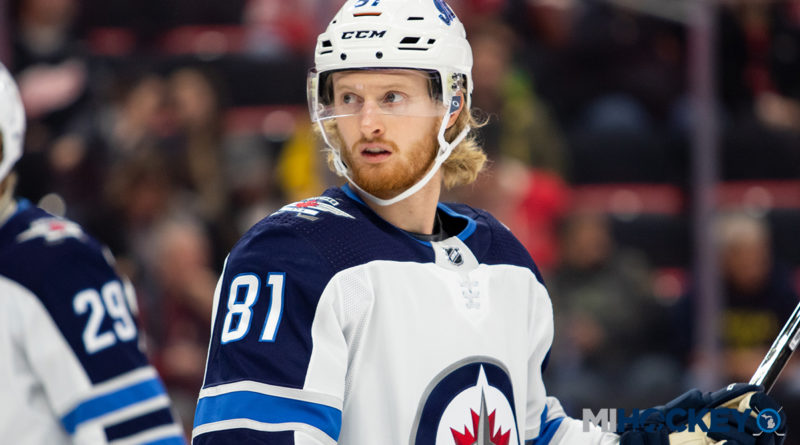 Though only in his second full season, Kyle Connor has set career-high marks across the board with the Winnipeg Jets thanks to a big week.

The Shelby Township native and University of Michigan alum was named the NHL First Star of the Week after posting five goals and three assists in four games.

Connor posted a goal and an assist in each of his first two games of the week. After he and the rest of his Jets teammates were shut out by Vegas, 5-0, Connor bounced back with a four-point night against Nashville that included a hat trick and highlight-reel goal. That marked the first hat trick of the 22-year-old Connor’s young career. Fellow Michigan native Connor Hellbuyck also picked up a shutout for the Jets that night.

Those efforts helped Connor eclipse his previous career-high totals of 31 goals and 26 assists for 57 points, as he now sits with 32 goals and 29 assists for 61 points.