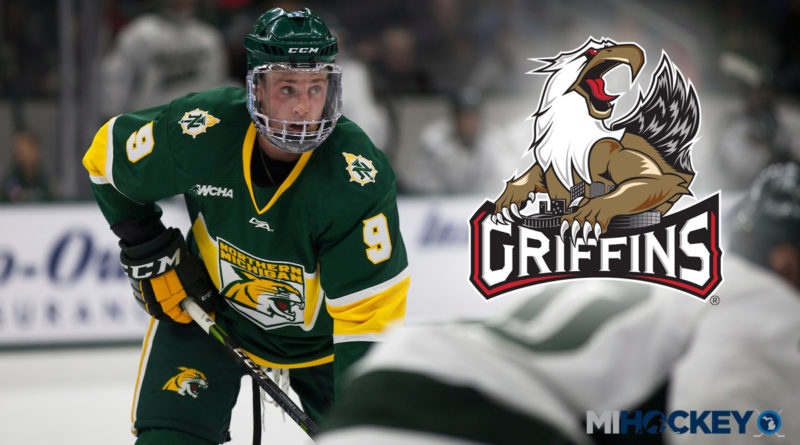 “On behalf of the WCHA, I want to congratulate Northern Michigan student-athlete Troy Loggins on an outstanding 2018-19 season and salute him on his selection as our WCHA Player of the Year,” WCHA President and Men’s Commissioner Bill Robertson said. “All four of our final candidates had outstanding seasons, but Troy’s offensive production for one of the top teams in the league makes him a truly deserving winner.”

The Grand Rapids Griffins announced Wednesday that they have signed WCHA Offensive Player of the Year and Northern Michigan product Troy Loggins to a three-year contract.

A 23-year-old Huntington Beach, Calif. native, Loggins posted 23 goals and 40 points in 39 games during his senior campaign in Marquette with the Wildcats.

Across his four-year collegiate career, the 5-foot-9 forward amassed 56 goals and 50 assists for 106 points in 136 games.