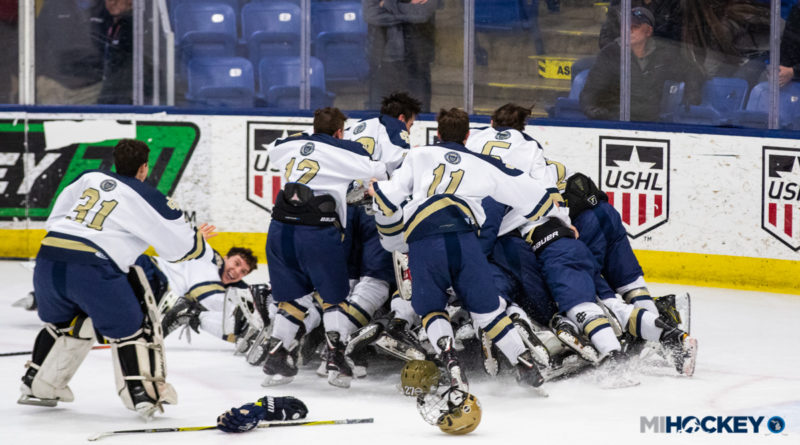 They still found a way to get it done, however.

The Yellowjackets are the MHSAA Division 3 state champions for the second straight season, after DCD prevailed 4-1 over Houghton in the D3 title game at USA Hockey Arena Saturday afternoon.

Reigning Mr. Hockey winner Sam Evola picked up the win between the pipes, helping his Yellowjackets limit a Gremlins offense that posted an 8-0 mercy against Riverview Gabriel Richard on Friday.

Video highlights from the post-game celebration and press conference:

Lucas Krol, Dallas Hood and captain Mickey VanAntwerp scored in the victory, which marks the second state championship in as many seasons for coach Frank Novock’s club. Krol also added the empty-netter that started the party a minute earlier for Country Day.