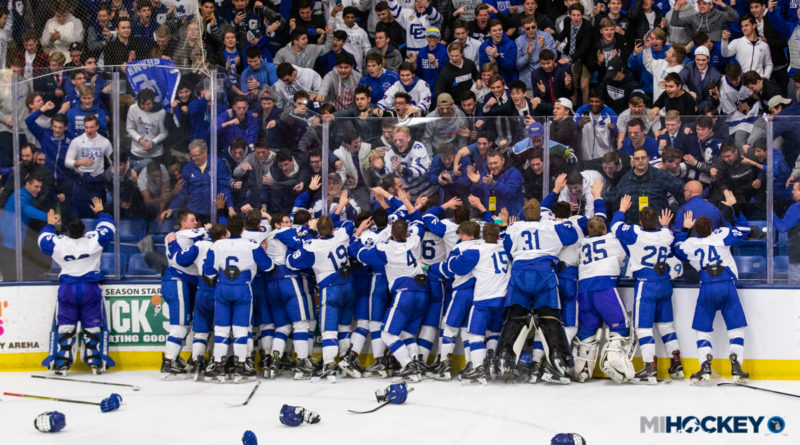 PLYMOUTH – Detroit Catholic Central is back on top.

With a 3-1 victory over Saginaw Heritage, the Shamrocks are the 2019 MHSAA Division 1 state champions.

It’s the first championship since 2016 for DCC, and second under the direction of head coach Brandon Kaleniecki.

It came in convincing fashion, as well, as the Shamrocks followed up their 55-shot outing in Friday’s semifinal win with another lopsided shot advantage Saturday.

Rylan Clemons scored in the first period, while Ryan Marra scored two in the third to guide CC to their 14th state championship in school history.