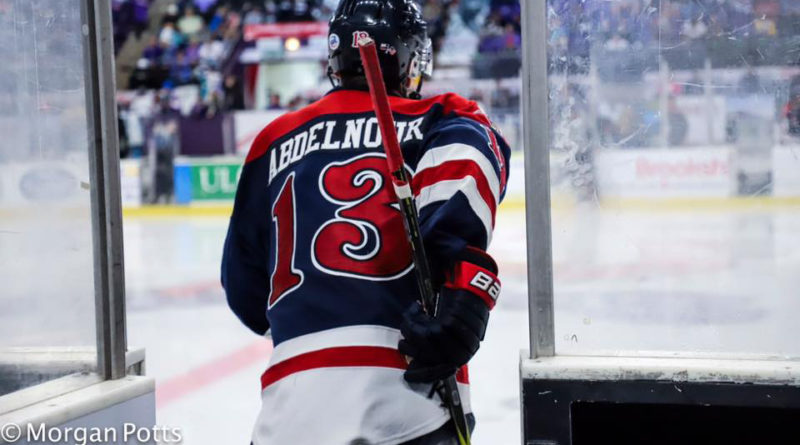 On the same day that two of his Michigan-native teammates were named NAHL players of the month, Brett Abdelnour had some big news of his own.

The Amarillo Bulls forward has announced his commitment to Army West Point.

“I chose Army because it’s such a good opportunity to play D1 hockey and attend one of the most prestigious schools in the country,” Abdelnour told MiHockey. “The facilities are second-to-none and the campus is beautiful and it felt like a great fit.”

Abdelnour is skating in Texas, alongside the aforementioned teammates of Logan Jenuwine and Jake Willets. All three our high school hockey alums – Abdelnour played for University Liggett before embarking on a junior hockey career.

After one season with the Philadelphia Little Flyers of the EHL, Abdelnour has spent the last two campaigns with the Bulls, competing in the NAHL down in Texas.

This year, he has 38 points in 41 games. Due to his strong season, Abdelnour was among the invites to the NAHL Top Prospects Tournament, it was announced last Friday.

“Playing college hockey has always been a dream every since I started play juniors and playing at a place with such a great atmosphere and awesome facilities makes things a lot more exciting,” Abdelnour said.