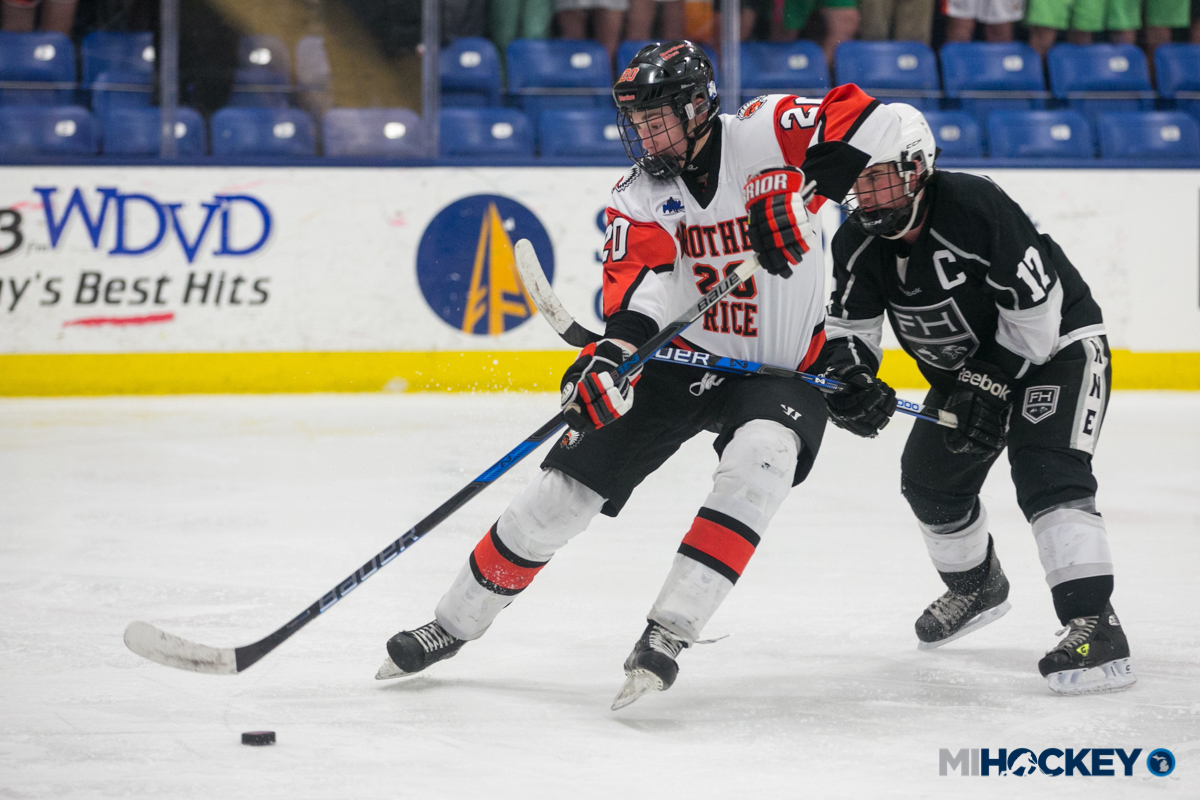 Looks like Bloomfield Hills native Jack Clement is now on his way to Oxford, Ohio.

The Miami RedHawks announced today that they have signed Clement for the upcoming 2019-2020 college hockey season.

Clement, a Brother Rice, was previously a verbal commit to Nebraska Omaha (the MiHockey story on that is here).

The new member of the RedHawks is in the midst of his first season in the USHL; he has seven points and a +12 rating in 34 games with the Des Moines Buccaneers. Last season, he helped the Shreveport Mudbugs of the NAHL capture a Robertson Cup title – he was award first-team all-rookie honors from the league while recording 32 points with a +24 rating in 50 games.

He played three seasons with Brother Rice; he skated for the Oakland Jr. Grizzlies before entering the high school ranks. 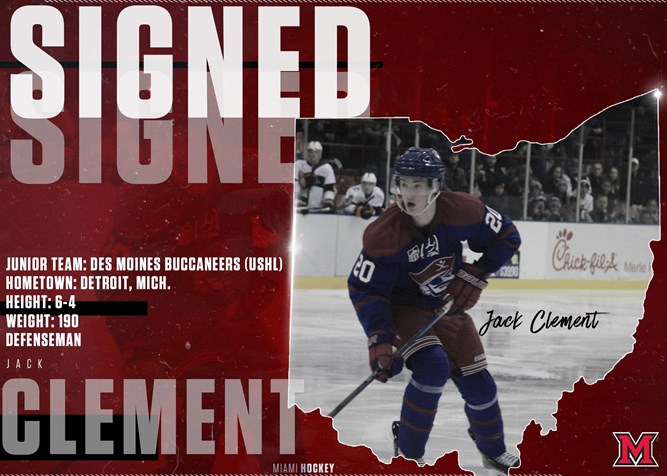