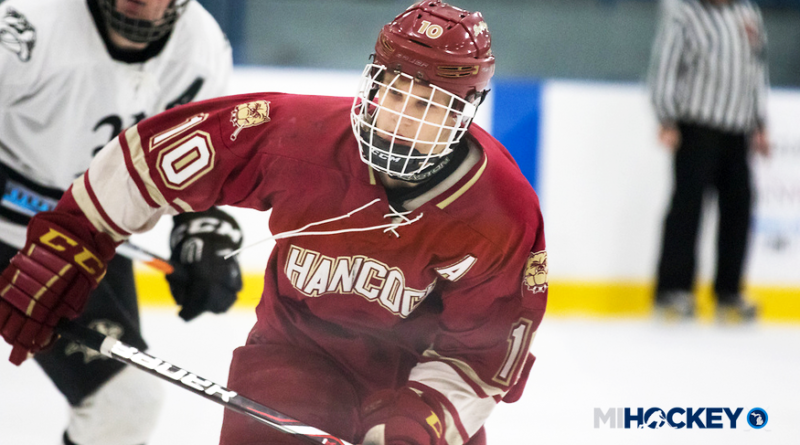 Alex Nordstrom’s hockey journey has taken him out of Copper Country for the moment, but soon, he will be back in the friendly confines of the Upper Peninsula.

The Hancock native, currently competing for the Grand Prairie Storm of the Alberta Junior Hockey League, has committed to Michigan Tech.

“I chose Michigan Tech because I grew up watching them as a little kid and it’s always been a dream of mine,” Nordstrom told MiHockey.

This is Nordstrom’s first season of junior hockey away from home. Prior to joining the Storm, he was a standout for Hancock High School, recording 170 points in 80 games with the Bulldogs. Last year, he was a first-team all-state selection.

He was selected to compete for Team Michigan’s Junior Team following last season, as well.

Nordstrom also recorded six points in five games in Team Copper Country’s run to a second-straight USA Hockey national championship, as well, as he was part of the MAHA split-season team that won a state title in March.

Nordstrom said he is excited to get back to his hometown for his college hockey experience.

“Playing college hockey is really exciting because I get a chance to represent my school and It’s something special for me because I get to play in my hometown,” Nordstrom said.