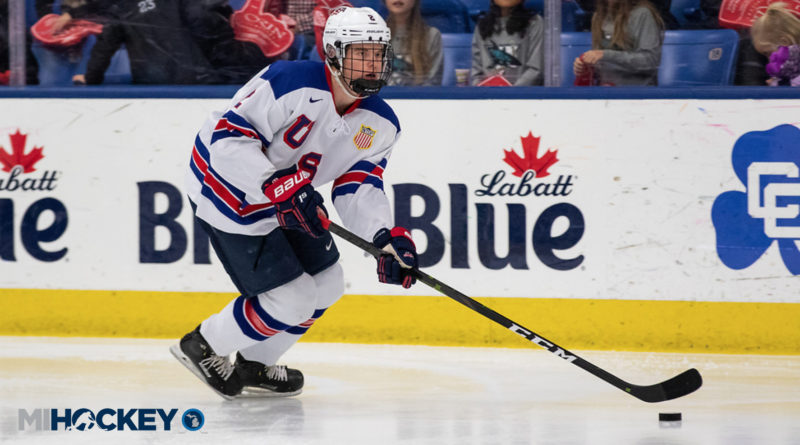 Not a hockey cliche, but a fact.

UPDATE: On Wednesday morning, the stats crew took one of York’s assists away. Don’t worry though. Even with seven points, not eight, he still set a new NTDP single-game record in USHL play.

The removed assist moves him two points away from the USHL record of nine points in a single game, set by Chris Ferraro in 1991-92. Should be worth noting that the USHL looked a little different back then.

York opened the scoring for the NTDP and closed it in the victory – two of his three for a hat trick and five assist outing.

He wasn’t the only NTDP player to use Tuesday’s offensive outburst to re-arrange the record books.

Jack Hughes – fresh off his silver medal with the World Junior team – moved into second place in the all-time assists category for the NTDP. He was in a tie with Clayton Keller heading into the contest; Hughes’ 119 helpers puts him behind only Jeremy Bracco (122) for the all-time assists record.

Cole Caufield, meanwhile, moved into second-place in the all-time goals category. He officially passed Patrick Kane’s mark of 84 with his 85th goal with the national program. The Wisconsin commit will need 20 more to pass Phil Kessel’s all-time mark of 104.