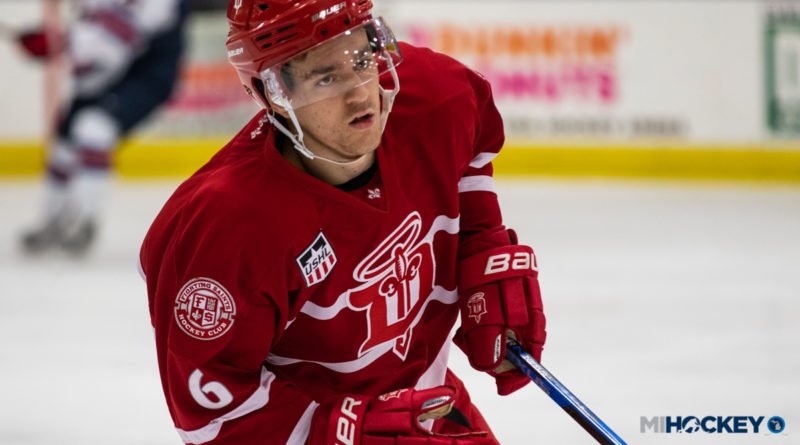 From Rockford to Houghton – with some other stops in between.

The 1999 birth-year defenseman – a Rockford native – is in the midst of his second season with the Dubuque Fighting Saints of the USHL.

“When I went on a visit I really fell in love with the rink and facilities [at MTU],” Lipe told MiHockey. “I also enjoyed the feel of the town and of the campus.

“I’m excited to play college hockey because it’s been a goal of mine since I was a kid. It feels really good to have reached that goal with the commitment.”

A Fox Motors product, Lipe played for the Kenai River Brown Bears of the NAHL in 2016-17 before making the jump to the USHL the next year. In 2017-18, he recorded seven points in 55 games with the Fighting Saints; this year, he’s already tied that point total in just 23 contests.