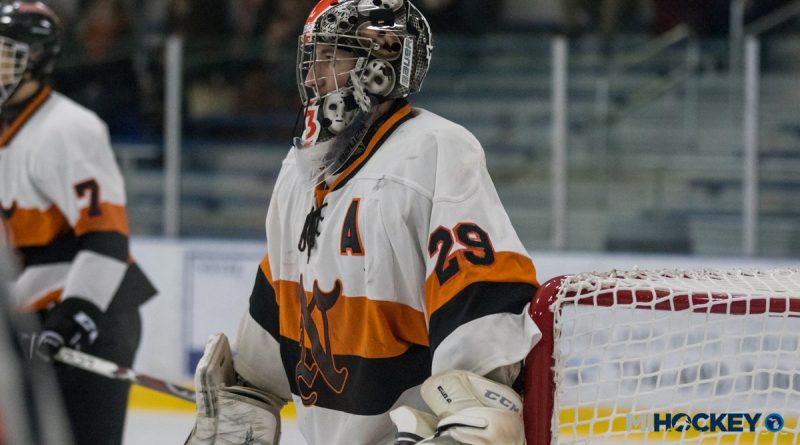 Another high school hockey product has made his college commitment.

The former Northville High School goaltender has announced his pledge to RPI.

“When I went on my visit, I knew right away that RPI would be a great fit for me,” he told MiHockey. “The campus and hockey facilities are first-class, and after meeting with the coaches I felt right at home. It is a tremendous opportunity to earn a strong education while playing for such a historic program in college hockey.”

Miller is in the midst of his first NAHL season; he holds a .916 save percentage and 1.66 goals-against average in seven games played with the Austin Bruins so far this season.

Last year, he played for the Waterloo Siskins of GOJHL, and he shined in the playoffs, posting a .922 save percentage and 2.49 goals-against average in 14 postseason appearances.

Miller played two seasons for the Mustangs – in 2016-17, he was a first-team all-state selection for Division 1.