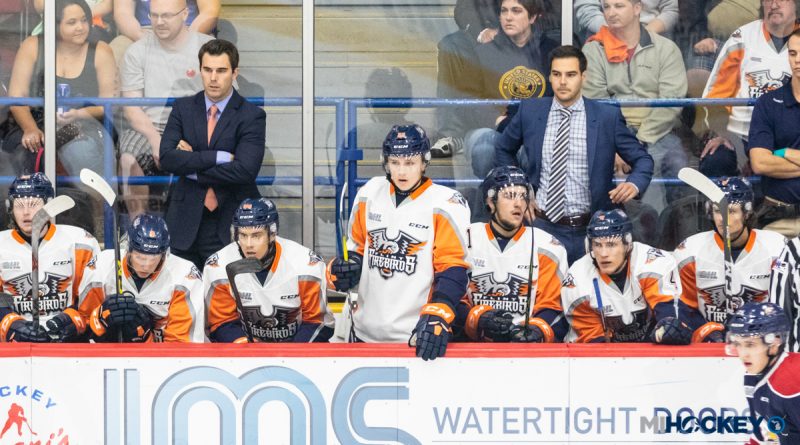 The Flint Firebirds have announced the OHL franchise’s new head coach, and he’s a familiar face.

Eric Wellwood will be returning to the Firebirds’ bench, after he spent the 2016-17 season as an assistant coach with the club.

“We could not be happier to welcome Eric Wellwood back to the Firebirds,” said Flint Firebirds Vice President of Hockey Operations and General Manager Barclay Branch in a release. “Eric will bring a very strong pedigree to Flint, having won championships both as a player and a coach. He is a teacher and student of the game.”

Wellwood was working as an assistant coach with the University of Windsor to start the 2018-19 campaign.

“I’m excited for the opportunity to become the Firebirds next Head Coach,” Wellwood said. “I know that there is a great group of assistant coaches, support staff and players in place already. I’m looking forward to helping them achieve their personal aspirations and goals, and build off their current team goals. Having coached in Flint already, it’s a great hockey town that loves the Firebirds and I am looking forward to getting things started.”

He fills the vacancy left by his former boss, Ryan Oulahen, who stepped down on Oct. 12 after beginning his third season with the Firebirds. Oulahen said he was leaving the team due to personal and family reasons, as stated in a team release.

The Grand Rapids Griffins product led the Firebirds to a playoff appearance in 2016-17; the Firebirds finished with a 20-43-5 record last season.

Flint are currently 0-9 on the 2018-19 season; two of those loses came after the departure of Oulahen. Greg Stefan served as the interim head coach while the team searched for a full-time replacement.

The hire is technically made by the OHL, as the league is still maintaining operations in Flint; owner Rolf Nielsen praised the decision.

“As owner I fully support the decision that the OHL has taken to bring Eric Wellwood in as Head Coach,” Nilsen said in the release. “I’d like to welcome Eric back to the organization as he was instrumental in the Firebirds’ first playoff run in franchise history.”