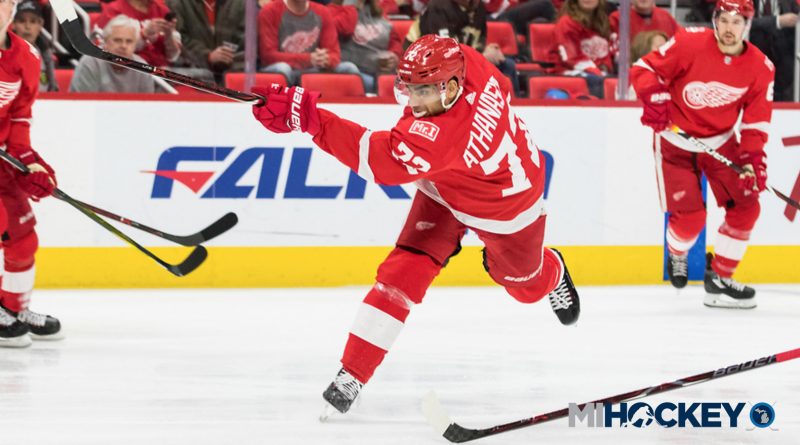 One of the big three young guns has been re-signed.

The Detroit Red Wings have confirmed that Andreas Athanasiou has signed a new two-year deal with the club.

Andreas Athanasiou in process of signing a 2-year contract extension with the Red Wings, according to sources.

The Wings still need to complete deals with Dylan Larkin and Anthony Mantha.

Athanasiou was drafted in the fourth round of the 2012 NHL Draft by the Wings (No. 110 overall). Prior to his professional career, he played for his hometown London Knights and then the Barrie Colts; in 2013-14, he recorded 95 points in 66 OHL games.

Last year, he signed a one-year deal on Oct. 20 to remain in Detroit despite reported threats of leaving for the KHL. Athanasiou missed the Wings’ first 10 games of the season with the contract negotiations running past Opening Night.