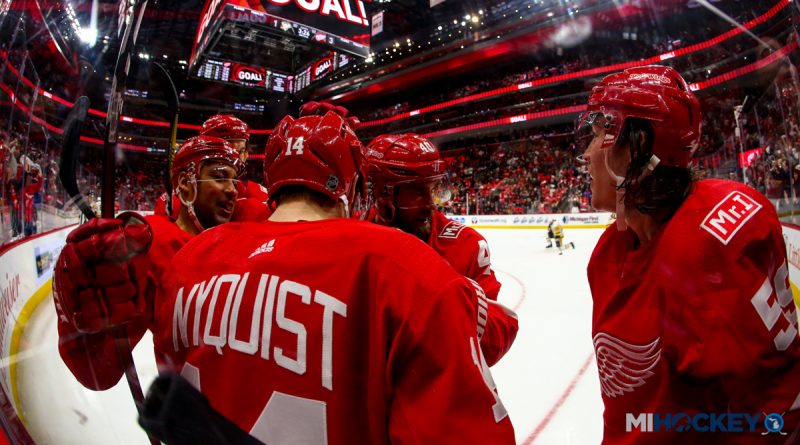 A day after announcing the home openers for each of its member teams, the National Hockey League has released its full 2018-19 schedule, which means its time to check out what next season looks like for the Red Wings.

Following the Wings’ home opener against Columbus on Oct. 4 and a trip to Anaheim to help the Ducks celebrate their 25th anniversary on Oct. 8, here are the highlights:

The Toronto Maple Leafs play in the second home game of the season for the Wings (Oct. 11).

The Winnipeg Jets and their substantial list of Michigan natives show up in Detroit on Oct. 26.

There will be 19 weekend home games – seven Fridays, six Saturdays and six Sundays.

The season finale will be at home against Buffalo on Saturday, April 6.

The Wings will host seven of eight from Oct. 22 through Nov. 9.

November will have nine home games – the most home games in a single month for the season.

The Wings will follow that game with four straight home games to start the new year; Alex Ovechkin and the Stanley Cup champion Capitals show up on Jan. 6.

Detroit make a western road trip in January – Jan. 18 at Calgary, Jan. 20 at Vancouver and Jan. 22 at Edmonton.

A nine-day break will end with a game against the Maple Leafs at Little Caesars Arena on Friday, Feb. 1.

The Wings will have a Thanksgiving Eve game against Boston and a game on Valentines Day against Ottawa.

The Blackhawks make their lone visit on Wednesday, Feb. 20.

Each Division has 8 teams