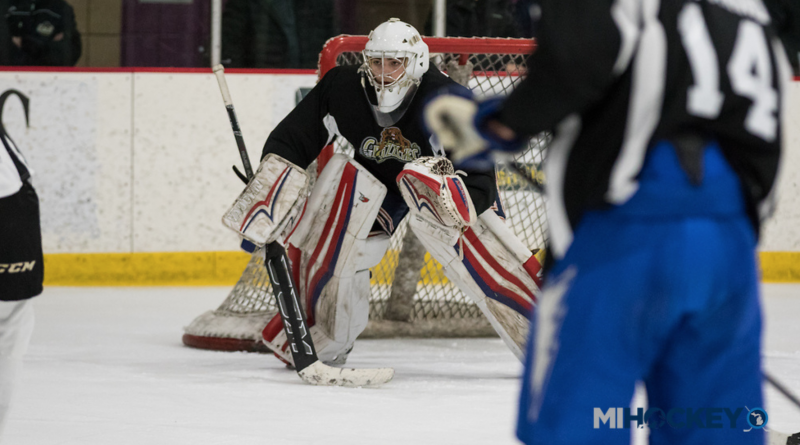 The Michigan Wolverines have stayed close to home with their latest goaltending commitment.

Today, Birmingham native Jack Leavy announced that he has verbally committed to Mel Pearson and the Wolverines for the upcoming season.

“It’s been a dream of mine to continue my education at the University Of Michigan, but being able to continue my hockey career there is an unbelievable honor,” Leavy told MiHockey.

The Birmingham Brother Rice graduate spent 2o13-16 with the Oakland Jr. Grizzlies 16U and 18U teams before making the jump to juniors. In 2016-17, he played in 20 games for the Aston Rebels of the NAHL, logging a .921 save percentage and 1.82 goals-against average.

This past season, he played for the NAHL’s Johnstown Tomahawks, posting a .914 save percentage and 2.82 goals-against.

“I am so happy for Jack on this fantastic achievement,” Johnstown head coach Mike Letizia said. “When we acquired him mid-season, we knew that he was a very good goaltender but we learned quickly just how great of a person he is. Being from Michigan, it has to be a dream come true for him to now attend such an outstanding college like the University of Michigan and be a part of their storied hockey program. This is a great day for Jack and his family and I honestly could not be prouder of him.”

Leavy said he can’t wait to start with his hometown team.

“I’m excited to be a part of the Michigan tradition and continuing the legacy,” he said.