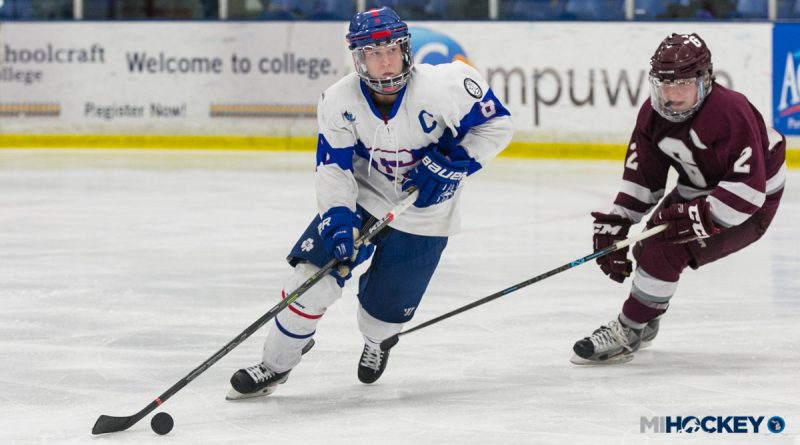 The Shreveport Mudbugs made a trip to Alaska for games with the Kenai River Brown Bears and the Fairbanks Ice Dogs last October.

The visit had a lasting impression on Andrew Lane – for more than just the long distance of travel from Louisiana to The Last Frontier.

Lane, a Brighton native, announced on Wednesday his commitment to play college hockey at the University of Alaska Anchorage.

“During this past season with Shreveport we had the opportunity to go to Alaska for a series in Kenai and Fairbanks,” Lane told MiHockey. “We flew into Anchorage and the beauty was overwhelming. Just driving around Anchorage I felt like it was the coolest place ever. The opportunity to live and play there for the next four years is a dream come true.”

A Detroit Catholic Central alum, Lane spent the 2015-16 season with the Waterloo Siskins of the Greater Ontario Junior Hockey League before earning a spot with the NAHL’s Mudbugs for the past two seasons. He was an invitee to the 2018 NAHL Top Prospects Tournament in Plymouth, and he helped Shreveport to a NAHL league championship in May.

At Alaska Anchorage, he will have the chance to play for new head coach Matt Curley, who was hired by the Seawolves in April. Curley’s coaching career started at USA Hockey’s National Team Development Program under Don Granato, and it has included stops with the USHL’s Indiana Ice, Bentley University and, most recently, EC Red Bulls Juniors in Austria.

“I chose Anchorage because of the new coaching staff who I have heard great things about, as well as how incredible the opportunity is to play hockey in Anchorage,” Lane said.