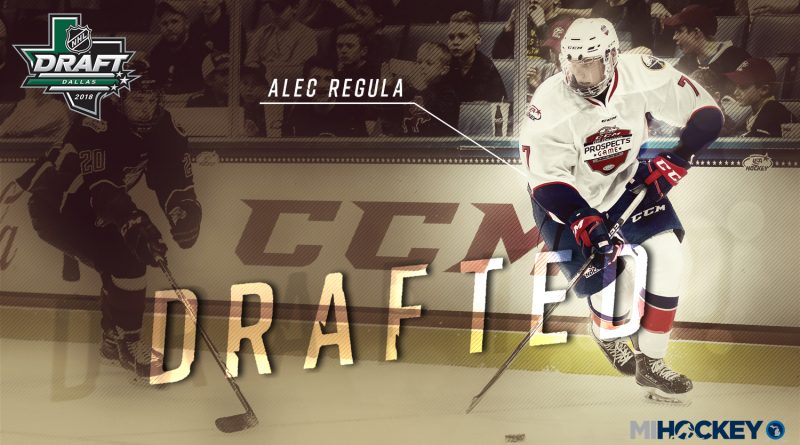 The Wings have selected West Bloomfield native Alec Regula with the No. 67 overall pick.

Regula played the 2017-18 season with the London Knights of the OHL; he recorded 25 points in 67 games as a rookie. That comes on the heels of one year in the USHL with the Chicago Steel.

He’s a high school hockey product, as well – Regula said his favorite youth hockey memory was winning a state title with Cranbrook as a freshman.

Regula played for Honeybaked and Compuware before moving to the high school ranks.

What we wrote about him in the preview:

After making the jump to the OHL for 2017-18, Regula thrived with the London Knights, posting 25 points in 67 games for the storied junior franchise. A West Bloomfield native, Regula carries the torch for high school hockey, having played two season for Cranbrook before beginning his junior career.