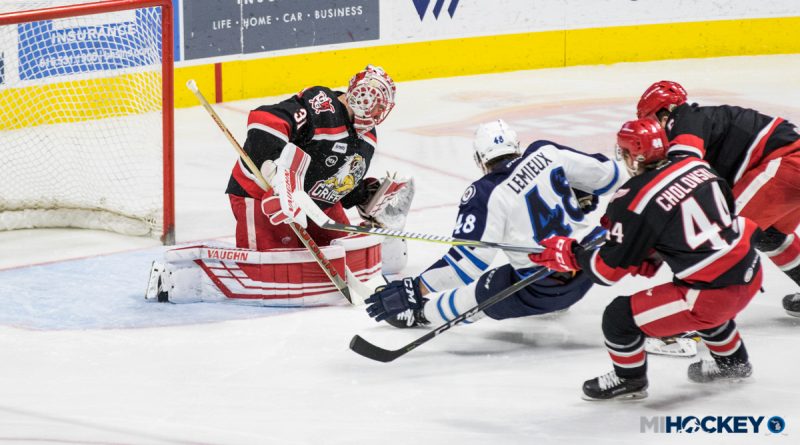 Jared Coreau made his first start of the 2018 AHL Playoffs Thursday night, and he did not disappoint.

The Griffins goaltender made 30 saves to lead Grand Rapids to a season-preserving 3-0 victory in Game 4 of their opening series against the Manitoba Moose.

With the win, the Griffins force a winner-take-all Game 5, which will be played Monday night at Van Andel Arena in Grand Rapids.

Coreau’s playoff shutout was the ninth in franchise history, and the first since Petr Mrazek accomplished the feat in the 2013 Calder Cup run.

Matthew Ford, Ben Street and Brian Lashoff scored in the win for the Griffins, as they avenged a Wednesday night 6-3 loss to fall behind in the series.

Nobody was stopping that shot. 🚀@griffinshockey take a 2-0 lead late in the second! #GRvsMB pic.twitter.com/3rJBYlOuiE