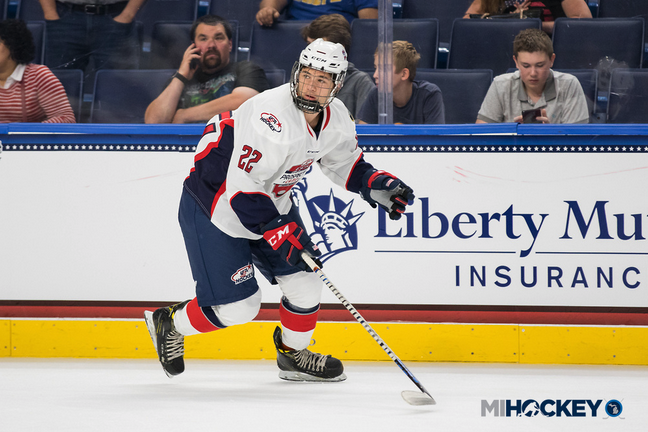 Tonight, in Kearney, Neb., some of the top NHL Draft-eligible players in the USHL competed in the league’s annual USHL/NHL Top Prospects Game at the home of the Tri-City Storm.

Team East prevailed 4-3 over Team West in the 2018 edition of the contest, which has showcased 76 future NHL draftees since its inception six years ago.

Here’s a look at how the Michigan names fared:

At the @USHL Top Prospects Game, @xgurney11 fights a kid and then poses for a photo with him after while showing off his bloody knuckles. What a beauty.

(Photo borrowed from the USHL) pic.twitter.com/fysWlhEKYM