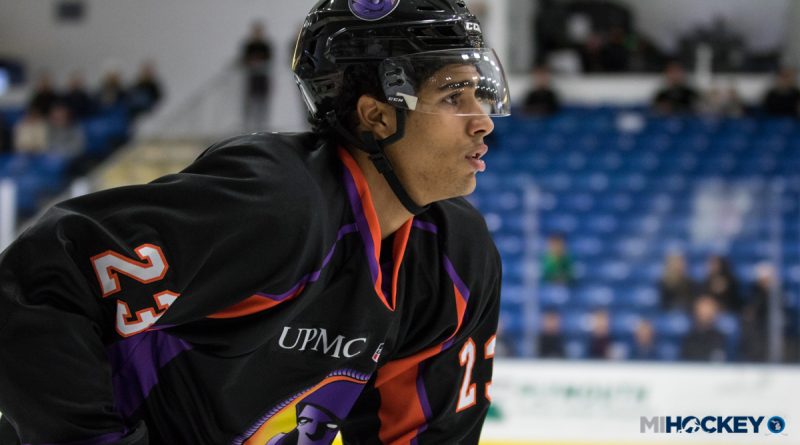 The Muskegon Lumberjacks announced today that they have acquired a Michigan native and a Michigan State commit in Jagger Joshua.

The Dearborn native arrives in Muskegon after playing in nine games with the Youngstown Phantoms this year.

“We like his size, and also his skill,” Lumberjacks general manager John Vanbiesbrouck said of the 6-foot-3, 201-pound forward. “He’s a fearless player.”

He is the younger brother of Ohio State forward and Maple Leafs draftee Dakota Joshua.

Zach Borgiel will be able to play much closer to home for the rest of the 2017-18 season.

The Lumberjacks have summoned the Fort Gratiot native after making some roster moves Tuesday.

A 17-year-old netminder, Borgiel was waiting for a call-up while playing for the Brookings Blizzard (South Dakota) of the NAHL.

The Honeybaked product holds a 3.47 goals-against average on the season in 15 appearances with the Blizzard. He was a 2016 USHL Futures draft pick of the ‘Jacks.

The Lumberjacks have also added Russian defenseman Alex Yakovenko. A 1998 birth-year blueliner, the native of Kazakhstan was playing for Chelmet Chelyabinsk in Russia’s second-highest league behind the KHL.

To add Yakovenko, the ‘Jacks were forced to let go of goaltender Adam Brizgala to comply with USHL regulations as it relates to foreign players on a team roster.