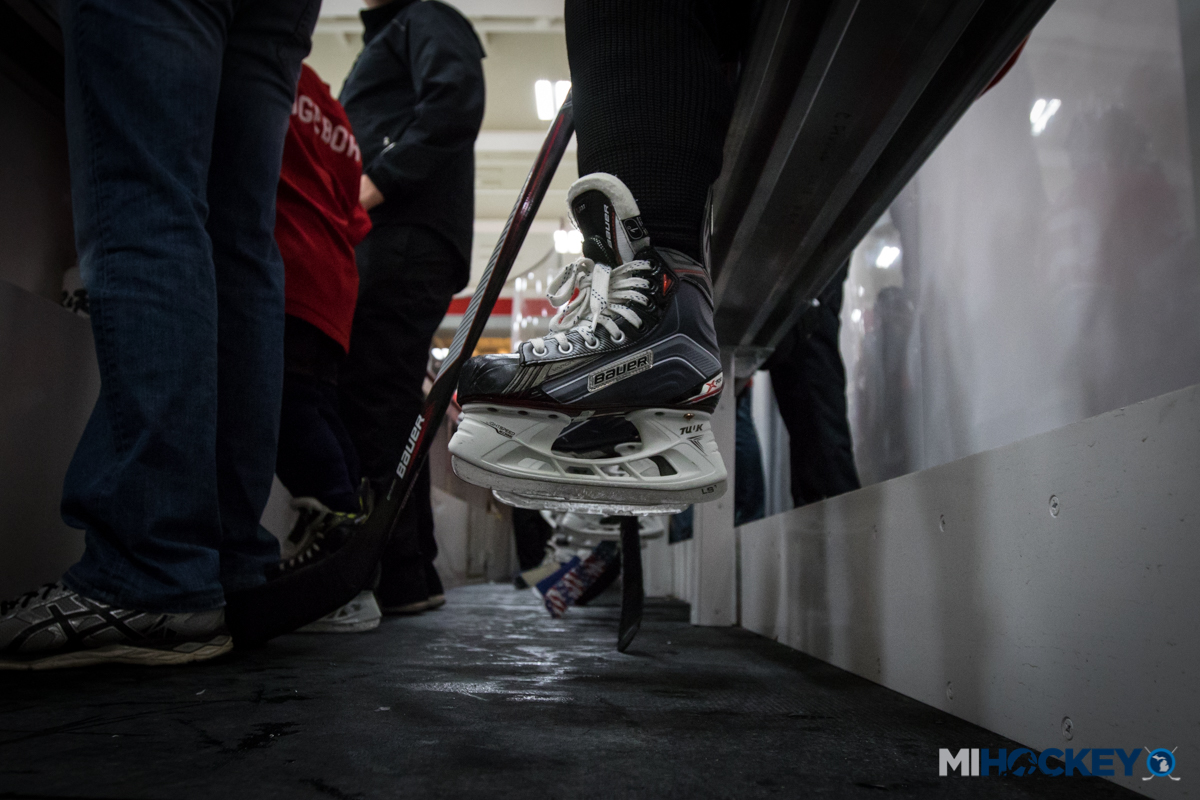 Today there is an ongoing debate about sports specialization for kids.  Some people advocate playing one sport starting at a very young age while others advocate playing many sports throughout high school.  One school of thought views early specialization as the best bet for success.  The other views generalization as the optimum route.  My viewpoint, which I have attempted to form based on our models of Long Term Athlete Development falls in between.  I feel that specialization can be good if it’s done correctly.

For young athletes 12 years old and under, it is absolutely essential that a wide array of sports are played.  These sports should be as varied as possible and include vastly different environments.  For example, young kids should be doing activities in the water, on fields and courts, on snow and ice, and even some air-born sports.  Learning in these environments for kids under 6 years old builds a foundation on which they can learn more complex skills later on in their development.  Up to age 10, kids should master gross motor skills and their hockey specific training should be limited to 60 days per year. 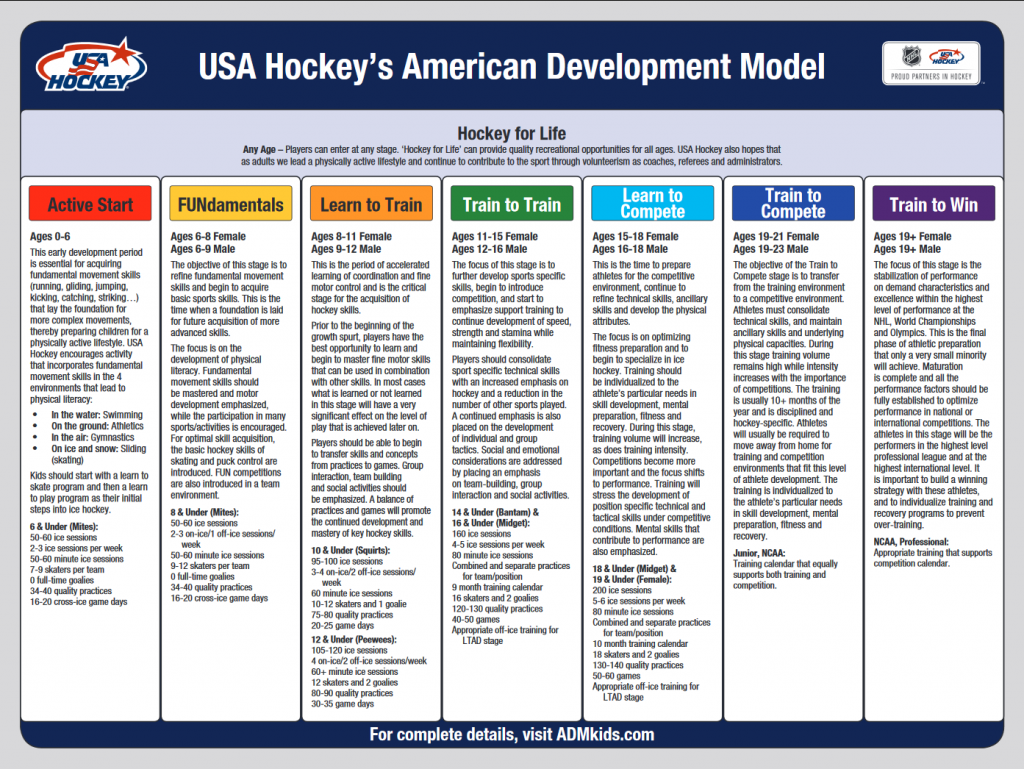 Starting at age 10, kids can begin learning fine motor skills or sport specific skills.  This time is critical for developing things like stick handling and shooting and age 10-12 is viewed as a ‘golden’ age for skill development.  At this age hockey-specific training can be increased to a range of 100 to 120 days per year with one hour long sessions.  However, it is also important to note that other sports should still be played.

Over the age of 12 is where kids can begin to specialize in ice hockey a bit.  At 13 to 15 years old I would recommend participation in only two sports.  Hockey specific training can increase from one hour to 1.5 hour long sessions in the range of 120 to 130 days per year.  Also, at this point the number of games can be increased as competition has a more important role to play in development.

Now starting around 15 or 16 years old is when I think kids should specialize in hockey.  By this age foundational movement skill as well as fine motor sport specific skills have been mastered and their window for train-ability is passed.  Now is the optimal age for developing fitness traits and competitiveness.  At this stage players will need around 200 days of on ice hockey specific training and 50 to 60 of those days should be games.