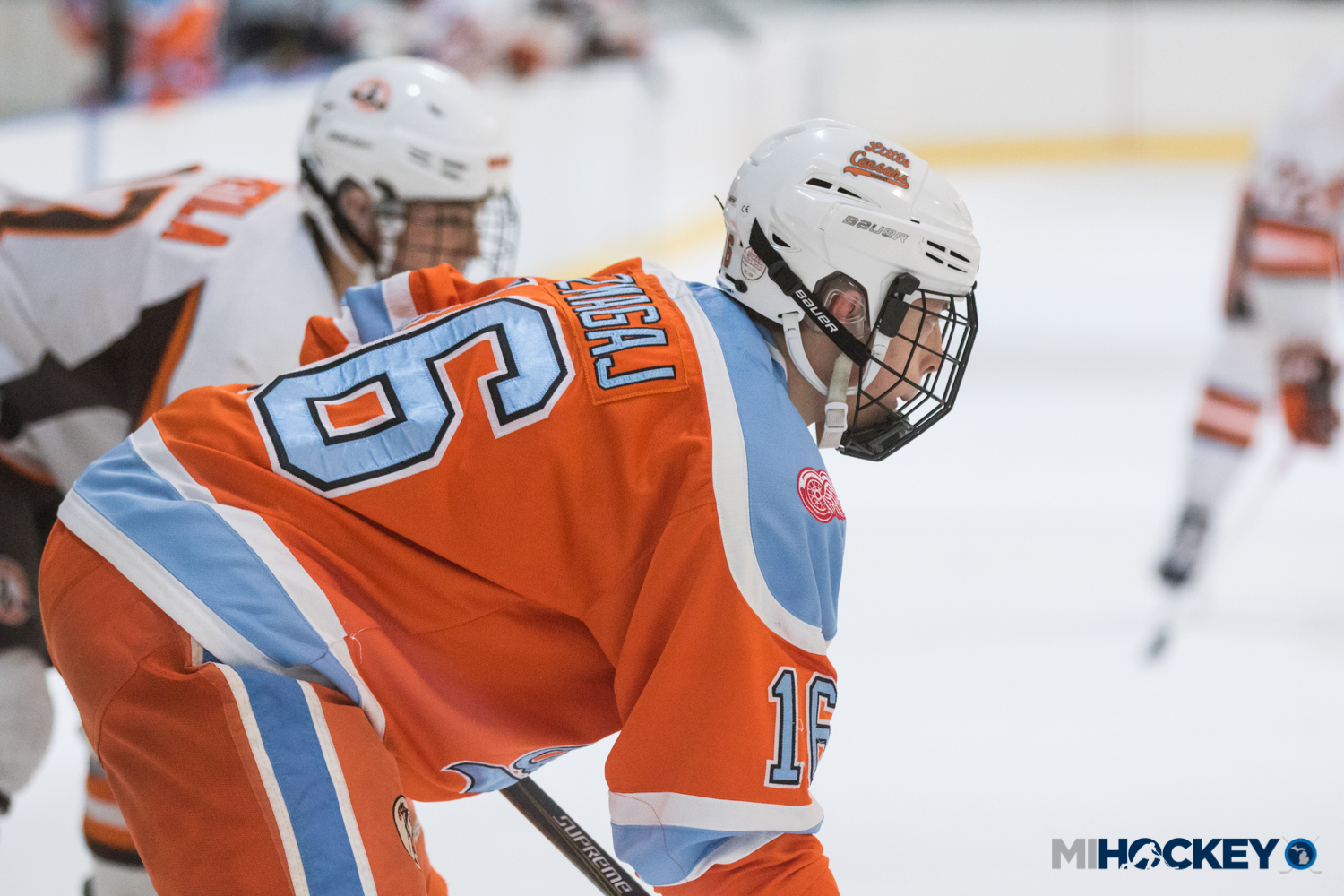 Szmagaj has committed to Mel Pearson and the University of Michigan.

“Growing up as a kid it’s been my dream to play for Michigan,” Szmagaji told MiHockey. “The coaching staff is the greatest in college hockey I believe; the tradition there is unbelievable.”

A 2001 birth-year player, Szmagaj played for the Little Caesars 16U team this past season, patrolling the blue line for the AAA club.

He was one of the players from his age group selected to represent Michigan at the USA Hockey Select 16 National Player Development Camp.

Szmagaj said the chance to get an education from the prestigious university was an opportunity he couldn’t pass up.

“Academically, I believe Michigan is one of the best if not the best,” he said. “I have been given the opportunity to play for the University of Michigan and I believe college hockey is the best route, for multiple reasons.”

He’s excited to be a student-athlete for the Wolverines in the future.

“The relationship with the team and coaches is very warming – playing hockey and getting an education at the same time is very important to me and I believe Michigan was the best option for me.”