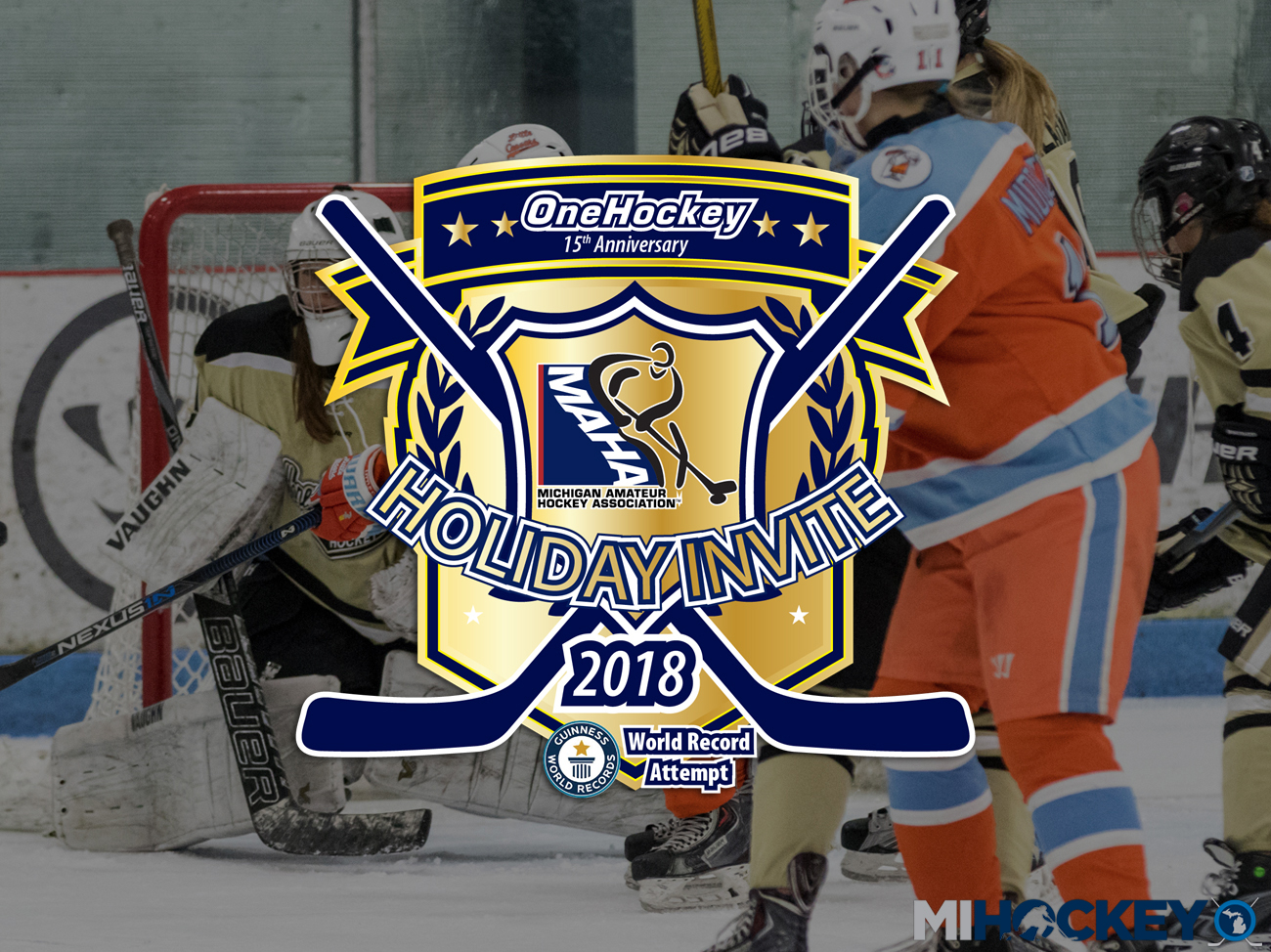 During the 2018 holiday season, there will be (hopefully) an incredible amount of hockey being played within the Great Lakes State.

Tournament provider OneHockey has partnered with the Michigan Amateur Hockey Association in a mission to break the Guinness Book of World Records mark for tournament participation numbers with their the Holiday Invite 2018.

The massive tournament will take place across the state of Michigan from Dec. 27-30.

“It will be so exciting for these hockey teams to be part of a Guinness World Record,” said MAHA president George Atkinson. “What an accomplishment. This would be any player’s dream, and there’s no better place to do that then in Michigan.

“Michigan is right behind Minnesota hockey as far as the most hockey players. This is a dream of a tournament in size and magnitude for our state and association to be a part of.”

OneHockey selected The Great Lakes State to serve as host due to its 125 ice arenas and passionate youth hockey community. In the partnership, MAHA will receive thousands of dollars in donations from OneHockey to help grow the sport.

“Many will ask how you can host a tournament on 75-plus sheets,” said Shaun Lund, OneHockey’s vice president. “OneHockey is known to host the most entertaining and well-organized tournaments in the world. This tournament will be no different.” The OneHockey tournament experience, atmosphere, decoration, music, etc., will be present to every ice arena. Each arena will manage their divisions with our tournament system. We will train them in order for them to bring the ultimate OneHockey experience to Michigan.”

Teams from at least 10 different countries are expected to participate. For more information and how to submit a team application, visit OneHockey.com.

Tournament Format / Rules / Acceptance of Teams
This tournament will feature 70 to 84 divisions
Each division will consist of 12 teams
Each division will be made off 4 Michigan teams and 8 out of state/country teams.
Divisions will be divided into 2 brackets of 6 teams
2 teams from Michigan will be placed in each bracket
The Michigan teams will not play each other during the round robin games
Each team will play 4 round robin games then move to the semifinal or consolation game
Winners of semifinal games will advance to the championship game on December 30th