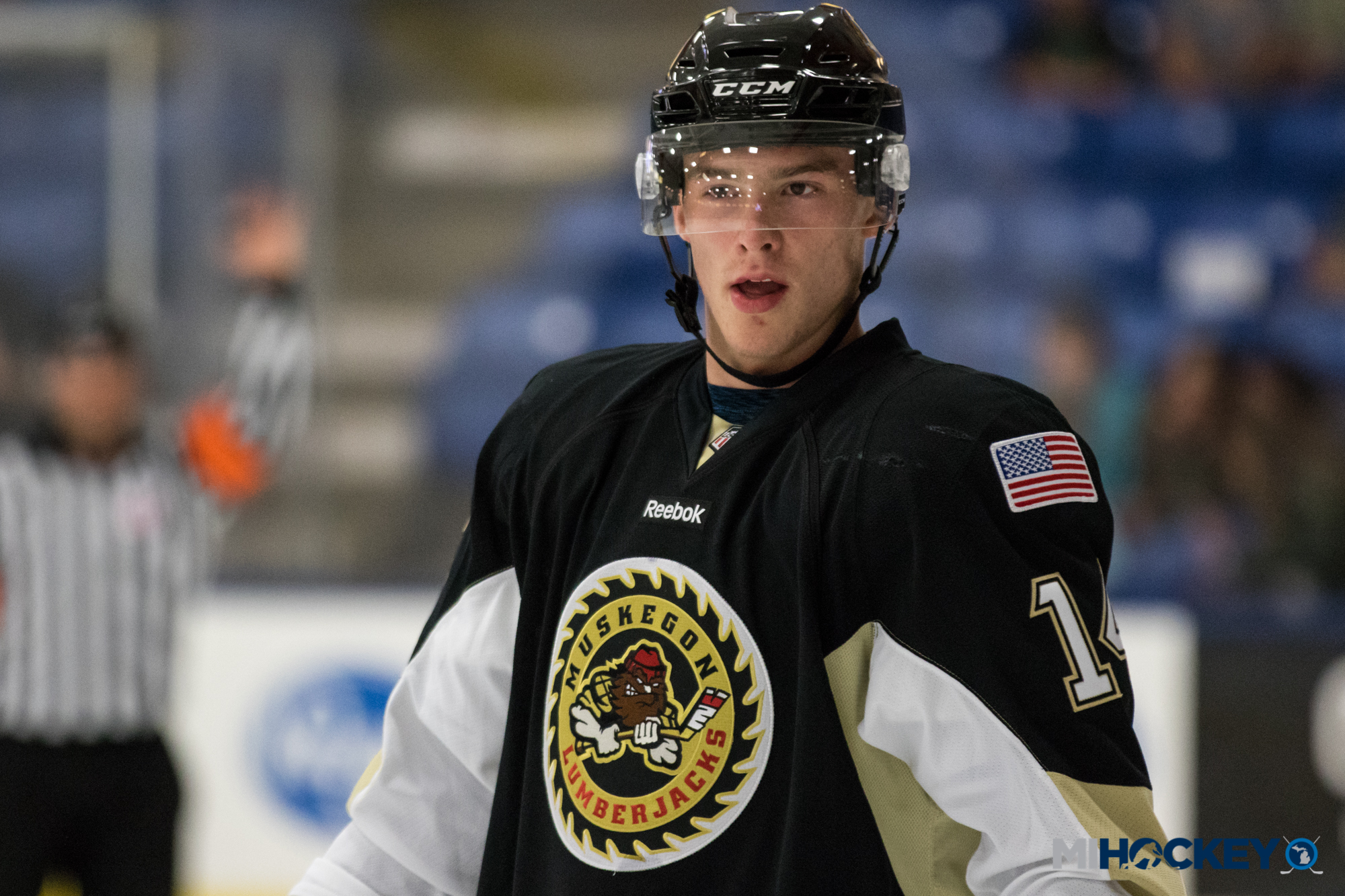 There’s a lot of talk that Andrei Svechnikov could be the first overall pick in next summer’s NHL Draft.

The Muskegon Lumberjacks forward and younger brother of Red Wings prospect Evgeny Svechnikov was claimed by the Barrie Colts in the import draft today.

It appears likely that he will be leaving Muskegon to play in the OHL with Barrie; few teams use high Import Draft selections without confidence that the player would report. It has long been rumored that Svechnikov would be making a change in team and league for the 2017-18 season, as well.

The CHL Import Draft is a selection process for all OHL, WHL and QMJHL teams to add up to two import players to their roster for the upcoming season.

Svechnikov certainly made his time in Muskegon count. He was named the USHL’s rookie of the year after posting 29 goals and 58 points – both tops for the Lumberjacks.