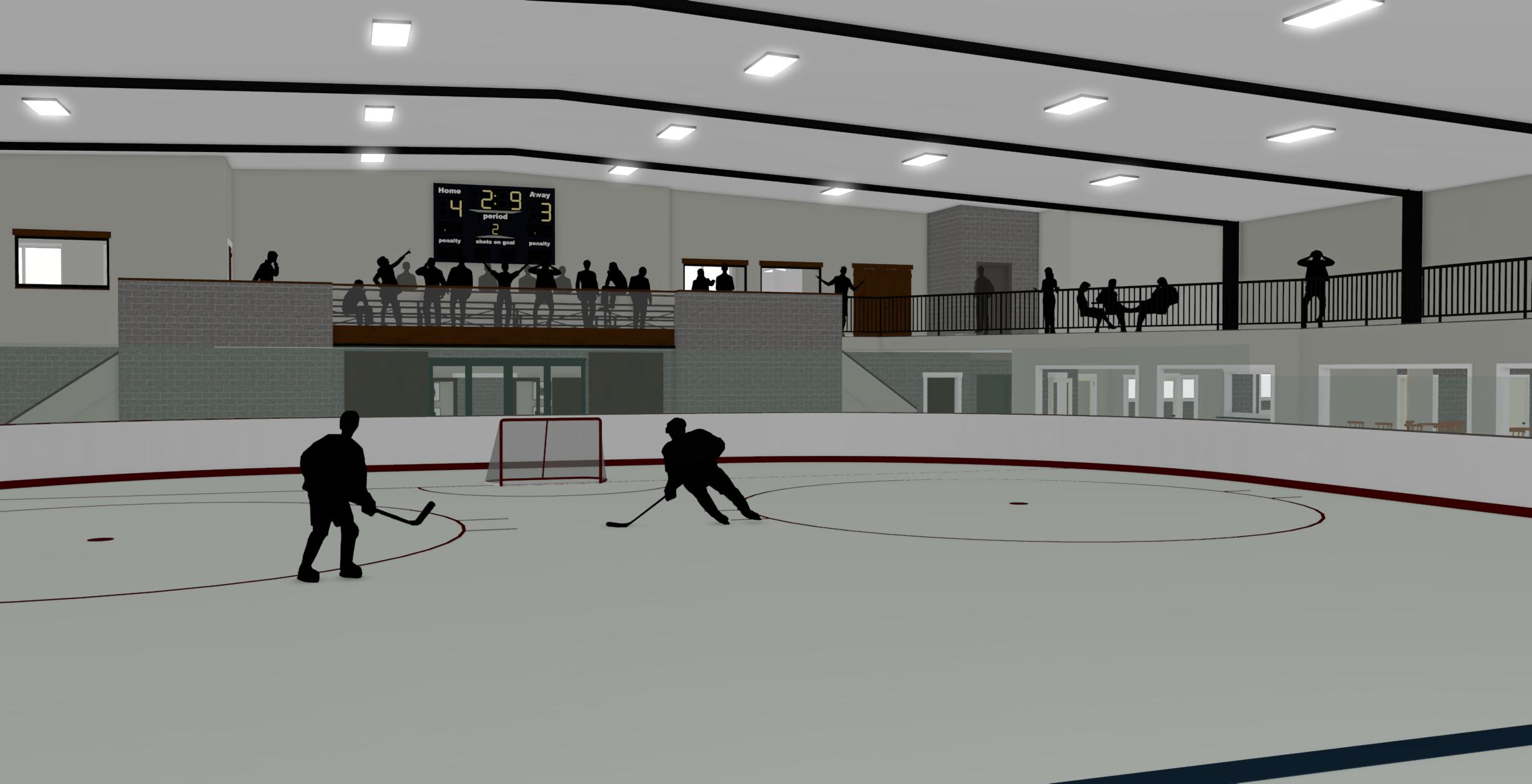 After closing down in August 2016, the Arctic Pond Ice Arena in Plymouth is making its comeback under new ownership.

Michael Cappo, chief operating officer of the Victory Automotive Group, used to skate at the rink when he played for the Ice Dogs AAA organization as a kid. The Ice Dogs then became Victory Honda as his family’s business began sponsoring the program roughly 15 years ago.

Now, the Cappo family owns ‘The Pond’ after purchasing it in May, and the group is looking forward to its revitalization within the community.

“There was an opportunity for us to get more involved with our program by purchasing the rink, and it took quite a while to go through that process due to some of the other issues,” Cappo said. “And here we are. We’ve been working on this project for a good number of months now, trying to come up with a design that transforms the Arctic Pond.”

Bill Smith, governor of the Victory Honda hockey organization, said the plan is to have the rink up and running on Oct. 1, with the substantial facelift continuing from there.

“It’s gonna be a pretty cool place, it really is,” Smith said. “Once it’s done, I think it’ll be the nicest single sheet facility around.”

“We’re just gonna try to continue to get better as a program and do the right thing for the kids. Some of the stuff we’re doing here I think is really gonna enhance our program because we’re gonna have our own in-house training center with a guy there to teach our kids and things like that where a lot of programs just don’t have the opportunity to do that.”

A big feature of the facelift includes a second level that will be added to the facility. This aims to help reduce lobby congestion and increase seating with an elevated cheering section behind one of the goals. The existing lobby will also be expanded.

Elsewhere, for the players and coaches, there will be a gym (as Smith mentioned), video room and coaches room added, along with much more as the Arctic Pond is groomed for its valiant return to the youth hockey scene. The new amenities will allow the arena to offer things like open skating and birthday parties for the first time, as well.

“So the whole scope of the redesign, we really wanted to take what we kind of consider to be a practice rink – more or less – to something that was more fan-friendly, friendlier for the scouts, had different areas, different vantage points for people to watch the game, whether that was in the arena or in the lobby where they have that viewing area,” Cappo said. “And we also wanted to make it the home of Victory Honda hockey, where before we were having teams skate at the (Arctic) Edge, Most of the younger guys were skating out of the Pond. We wanted to bring everyone under one roof.”

Within the aforementioned second floor, in addition to the seating at one end, a viewing platform will also be added that runs along the edge of the rink where the existing stands are.

“You’ll be able to not only have a vantage point from the second floor behind the goal, but you’ll be able to walk pretty much the entire length of the ice along the second floor and have an elevated viewing experience,” Cappo said. “And the existing stands will be put back where they were before. So it’s going to increase the capacity. It’ll probably triple the seating.”

Overall, Cappo believes the expansions will not only benefit the players and coaches, but also the community as a whole.

“Roughly 2,100 square feet will be designated for gym equipment, shooting areas and different things like that. And then there’s be a bonus room that can also be opened up, but be reserved if the teams want to have parties or if people in the community want to come in there and rent it out, rent the ice or whatever. It’s gonna be a much more versatile space and we think it’s gonna be a real nice addition the community.”

Smith, who was close friends with the late former owner and youth hockey dedicant John Stansik, credited the Cappo family and Victory Automotive Group for helping push forward with the renovation plans in reviving the rink.

“The family is so gracious,” Smith said. “They donate millions and millions of dollars. They’ve done schools, schools for handicap, they do baseball, they’ve done us for 13 years, just very, very generous.

“I can’t thank the family enough for supporting hockey the way they do. They’re tremendous people.”

Above all, Cappo said he hopes the rink’s revitalization will continue in helping advance players to the next level.

“Our whole program is about providing structure and mentorship for the kids,” Cappo said. “We want to have an opportunity to put these kids in positions to move on and go to college whether they want to be student-athletes or whatever, we want to help teach them life skills through hockey. And if we can help them move on to junior programs or get scholarships, that’s all the better. That’s one of the main focuses we have in the program. We want to help these kids move on and play division one or division two or three college hockey. And we’re pretty successful in doing that, which is very important to us as a family.”