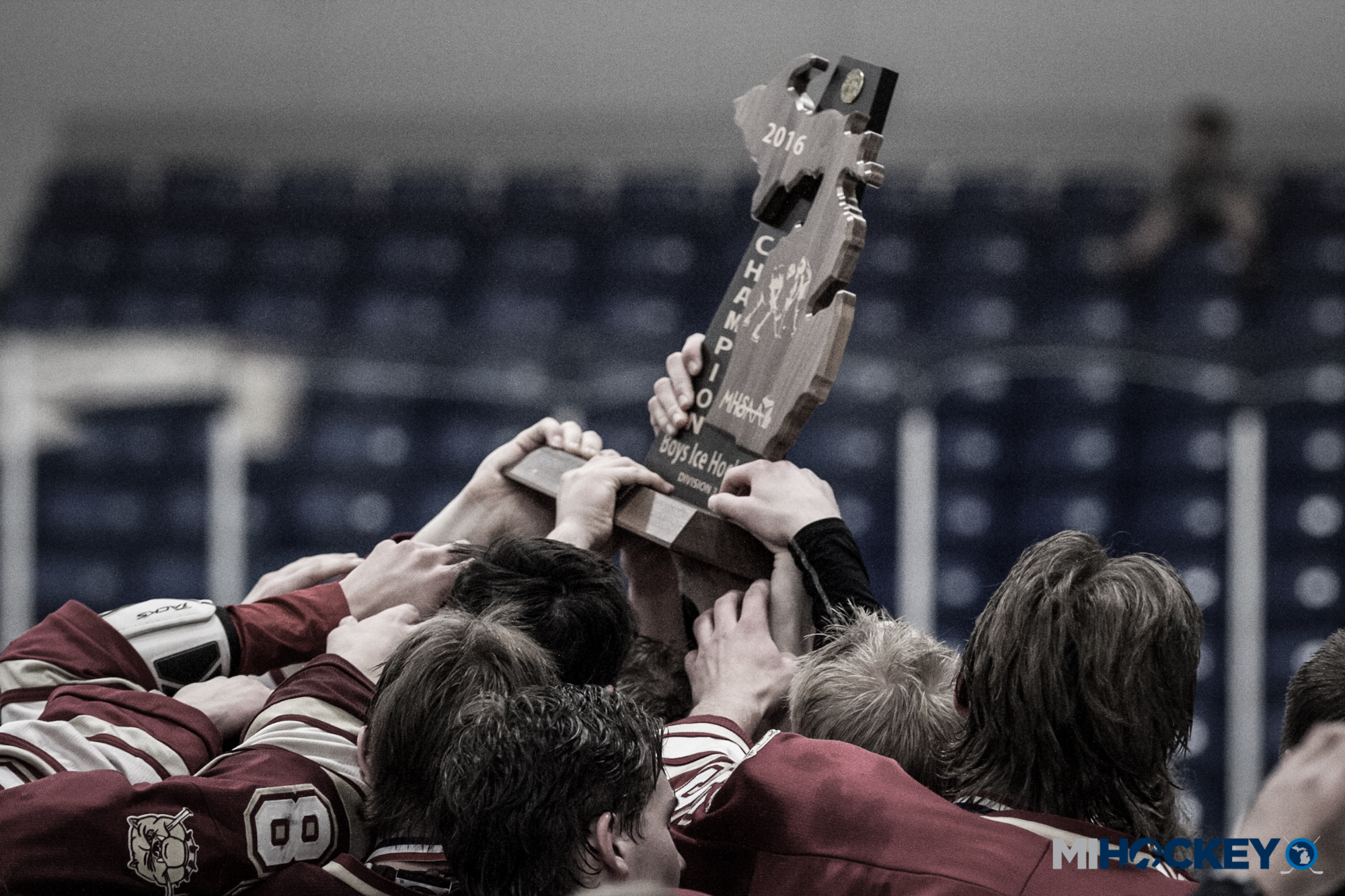 The MHSAA boys’ high school hockey state championship games have been slated for Saturday, March 11 for quite some time.

Now, we know who will battle for the Division 2 crown.

Ada Forest Hills defeated Saline, 4-2, and Birmingham Brother Rice knocked out Hartland, 5-2, as both teams secured a berth in the championship game at USA Hockey Arena in Plymouth on Thursday.

Ada Forest Hills Eastern will enter the title game with a 20-9-1 record on the year, while Brother Rice holds a 24-4-1 mark. Puck drop is set for 10 a.m. Saturday morning.

Meanwhile, in Division 1 action, Northville and Brighton put their identical 22-6-1 records on the line against one another Friday evening at 5 p.m. Grandville battles Detroit Catholic Central in the other semifinal at 7:30 p.m.

The winners will square off at 6 p.m. Saturday evening to determine a D1 champ.

In Division 3, the semifinals also take place Friday night, as Flint Powers Catholic puts its 28-1 record on the line against Calumet at 11 a.m.. In the other semifinal, Warren DeLaSalle battles Dearborn Divine Child at 1:30 p.m.

The winners of each will battle for D3 supremacy at 2 p.m. Saturday afternoon following the Division 2 final.