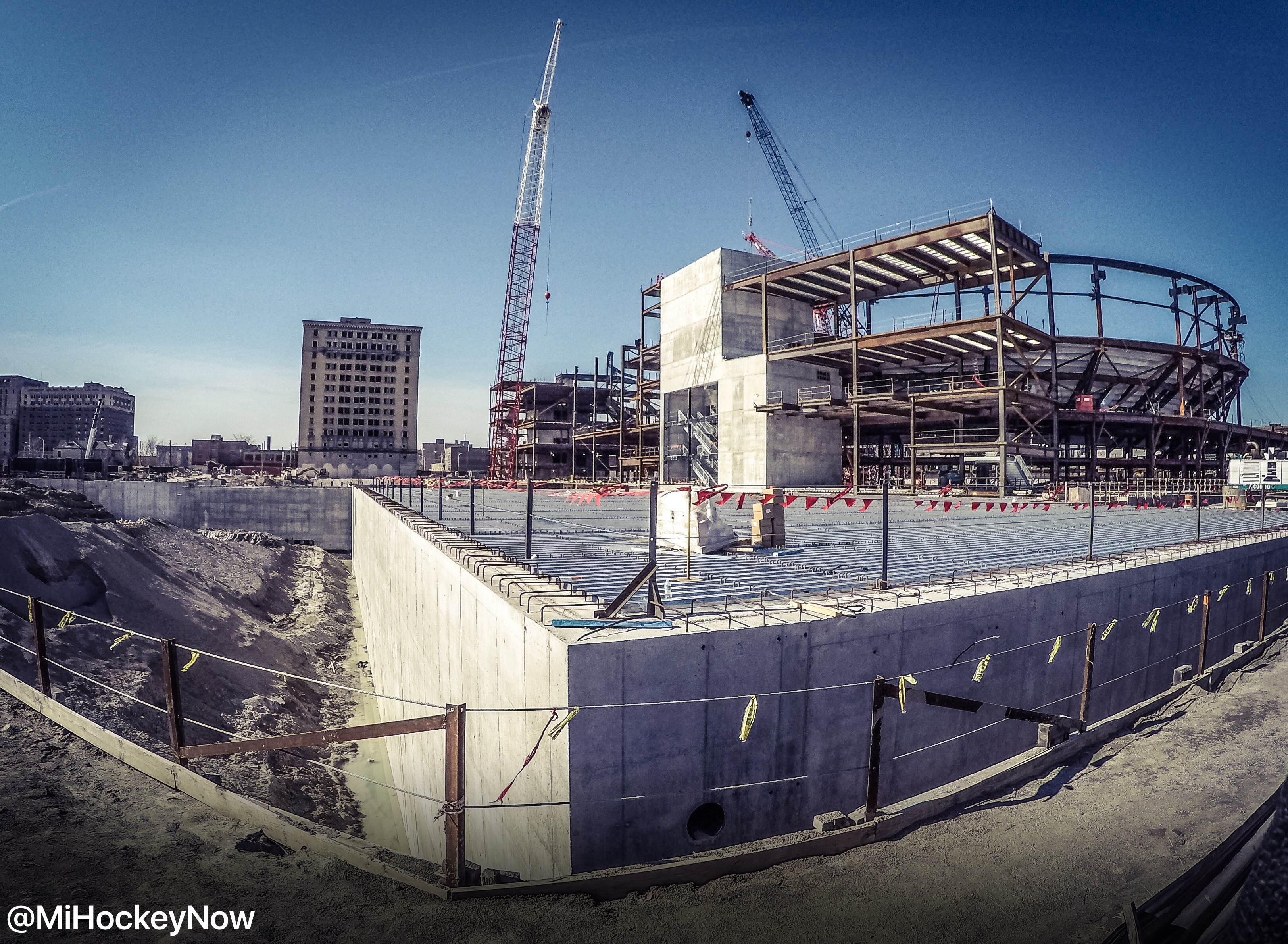 DETROIT – On a rainy Thursday morning in Detroit, an announcement Red Wings fans have anxiously been waiting for finally took place.

Starting in the 2017-18 season, the Detroit Red Wings will play their games at Little Caesars Arena.

The 20-year naming rights agreement averages more than $6.25 million per year. The arena will feature the Little Caesars branding on the roof of the arena, on the exterior, at entrances and at center ice. Little Caesars will also become the official Red Wings website and social media presenting sponsor starting with the 2017-18 season. The agreement is estimated to be the largest investment in a naming sponsorship for a building whose sole professional sport is hockey.

Red Wings and Detroit Tigers owner Mike Ilitch opened the first Little Caesars pizza establishment in 1959 in Garden City. That brand would grow to become a worldwide chain that sells $4.2 billion in pizzas, according to Forbes.

Ground was broken on the arena site on September 25, 2014 – the 88th anniversary of Detroit landing an NHL franchise – and with the name now set, the Red Wings’ new home is one step closer to completion.

The 2016-17 NHL campaign will be the last to take place inside the storied Joe Louis Arena, which Detroit has called home since 1979.