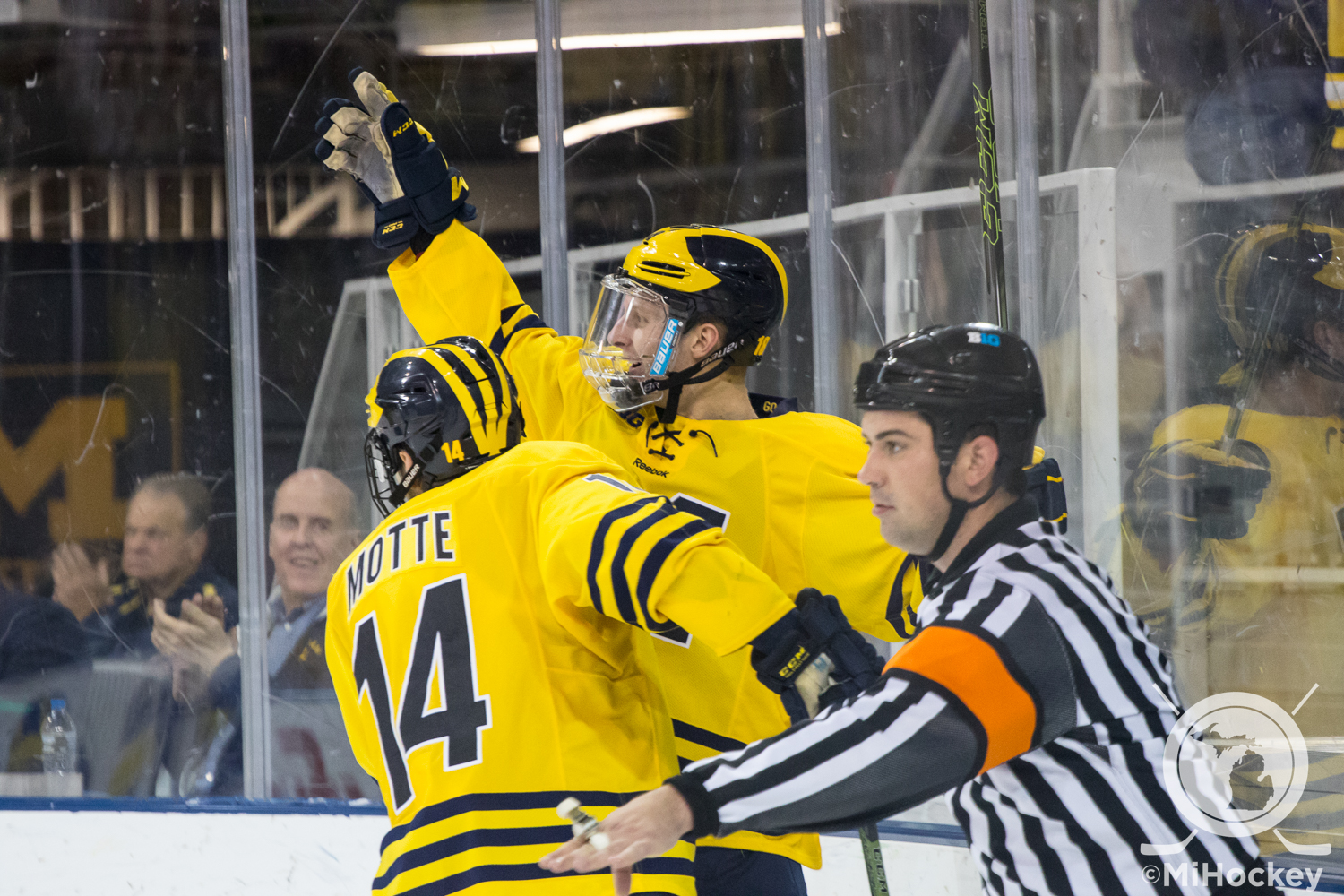 The Hockey Commissioners’ Association has announced their latest players of the month, and the list was printed in maize and blue.

Wolverines teammates and linemates Tyler Motte and Kyle Connor were named the HCA’s player and rookie of the month, respectively, today, after the duo had an impressive January campaign together.

Motte scored in every game this past month, playing a crucial role in the Wolverines’ 5-0-1 record. The NTDP alum and Chicago Blackhawks draft pick recorded 10 goals and 18 points in just six games during the calendar month – an average of three points per game. During the month, Motte, a native of St. Clair, Mich., moved in the NCAA lead for goals with 22 on the season (0.96 goals per contest).

Motte has already surpassed his season high for points with 35, after recording 31 last season.

Connor claims the HCA Rookie of the Month award for the second consecutive month, after ranking second nationally with 1.33 goals, 1.50 assists and 2.83 points per game last month. The Shelby Township native and Winnipeg Jets draft pick leads the nation with 42 points (1.83 points per game).

Connor, the reigning USHL player of the year, is the first Michigan freshman to score 20 goals in a season since Jeff Tambellini recorded 26 in 2002-03.