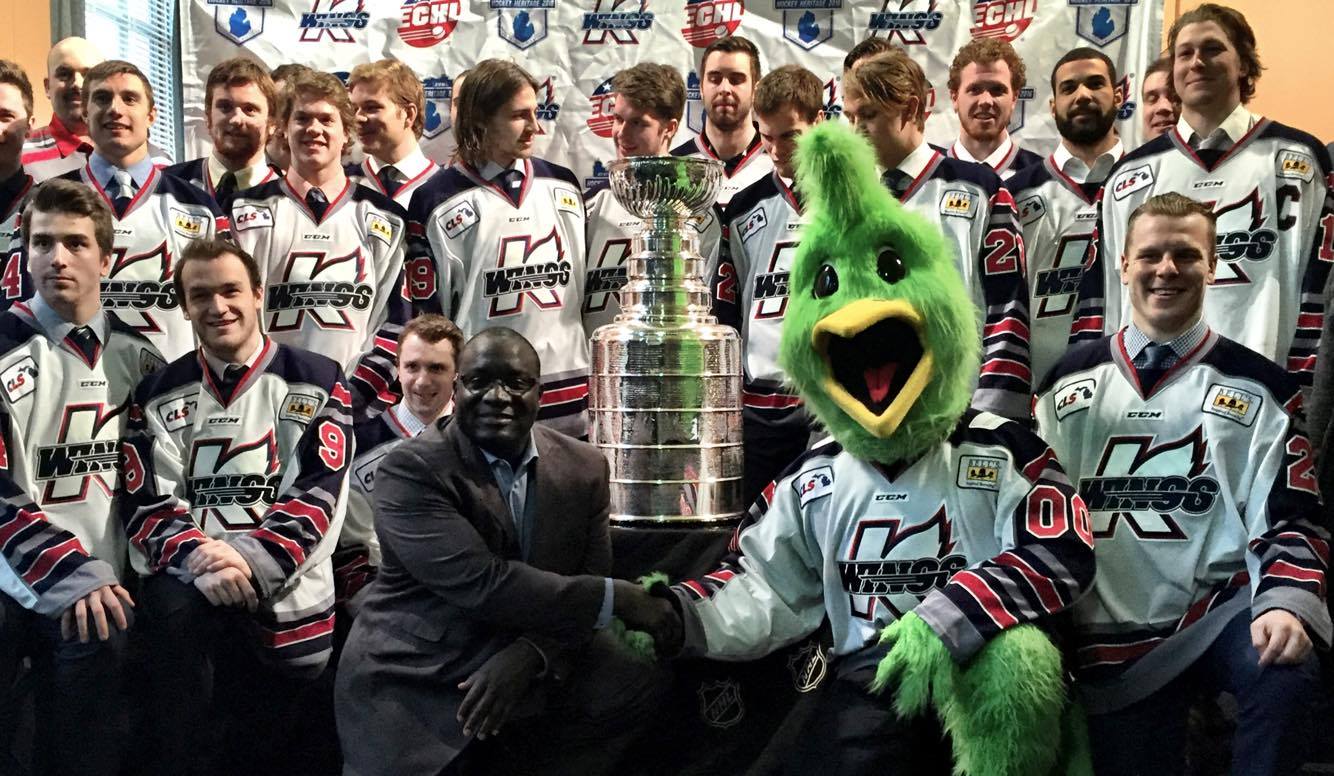 The 2016 CCM/ECHL Hockey Heritage Week is well underway in Kalamazoo.

Running from Feb. 1-6, the eventful week celebrates the past, present and future of hockey with a wide array of activities, including a two-game series between the K-Wings and Detroit Red Wings affiliate Toledo Walleye.

Feb. 1-2 saw the Stanley Cup toured around Kalamazoo and its surrounding areas, including a trip to Mayor Bobby Hopewell’s office.

Additionally, the K-Wings “Alumni Game” will be held Friday night at the Wings Event Center. The alumni will be honored before the K-Wings do battle with the Walleye. Both teams will be wearing throwback jerseys from their respective organization’s past.

Saturday marks the “Futuristic Game,” which will be televised on the NHL Network and both teams will be wearing brand-new “futuristic” jerseys in the tilt. A Hockey Hall of Fame exhibit will also be available to fans, featuring the IHL Joe Turner Cup, NHL Conn Smythe Trophy and Frank J. Selke Trophy. Also, there will be a Chuck-A-Puck held during the second intermission to benefit the youth Kalamazoo Optimist Hockey Association.