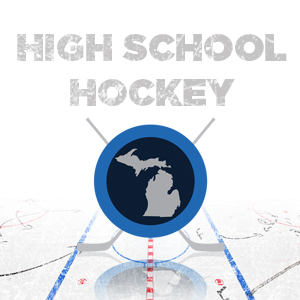 For the first time, high school hockey in the State of Michigan will have players of the week.

The Michigan High School Hockey Coaches’ Association and Lawrence Tech Hockey have teamed up to create new players of the week and players of the month awards, and they have formed a selection committee to help with the process.

Each week, the committee members will take the top nominated players by their respective coaches and high school programs and rank the individual performances. From there, players will be selected from their respective divisions as ‘players of the week.’

MiHockey editor Michael Caples is one of the committee members.

Here are the third Lawrence Tech Hockey High School Players of the Week (for games played between Dec. 21 through Dec. 27):

McKay recorded two goals and three assists, along with a +4 rating, in games against Calumet and Painsdale Jeffers.

Smith scored one goal and fired five shots on goal in Pinckney’s game against Lakeland.

Montrose racked up three goals and one assist in his team’s game against Holt.

In games against the Mid-Michigan Storm and Alpena, Barnes recorded four goals and one assist.

Burill recorded one goal and one assist his team’s showdown with Brother Rice.

Rybicki posted one goal and two assists in games against Howell and University Liggett.

Mackin scored twice in his team’s game with Utica.