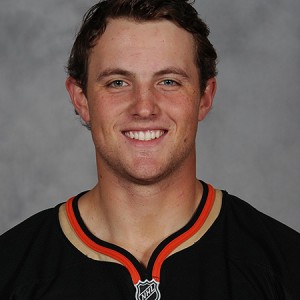 Defensemen aren’t usually expected to fill up the scoresheet, but Cam Fowler did for the Ducks last night. The Anaheim blueliner, a native of Farmington Hills, had a goal and two assists last night in the Ducks’ 5-2 win over the New York Islanders. He was named third star of the night for his efforts, and rightfully so. Fowler’s goal came on a odd-man rush for the Ducks; the defenseman crashed the net and knocked in the rebound to break a 2-2 tie. Anaheim wouldn’t allow another goal, as Fowler’s proved to be a big one for his Ducks. That, and his two assists on the night, make him our Michi-gamer for Tuesday. 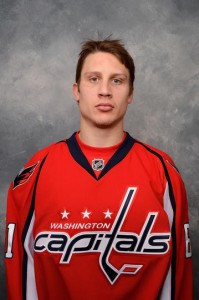 Steve Oleksy has had a bit of trouble cracking the Washington Capitals line-up of late. Scoring his first goal of the season Sunday night should help his cause, however. The Chesterfield native had a goal and an assist in the Capitals’ 4-1 win over the New York Rangers on the road yesterday. His goal, a long wrister from the point, gave his Caps a 2-0 lead early in the second. Just as important, however, was that the LSSU alum played to a +2 rating during his 16:57 worth of ice time. Hopefully, this ends his small streak of healthy scratches, and keeps him back where he belongs – permanently on the Caps’ blue line.

Steve Oleksy talks about his return to Joe Louis Arena